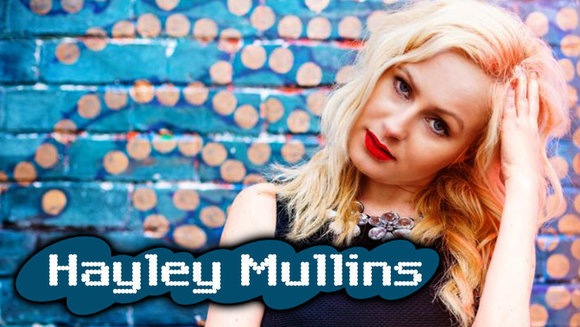 From Eastbourne, Hayley is an up and coming singer-songwriter whose music is pure pop/dance/rock with strands of electro flowing through the songs.

She has performed in various musicals, pantomimes, showcases and theatre productions with the result that she is now a well-rounded singer/songwriter in her own right.

She’s worked with producers including Andy Whitmore, credited with keeping many established artists on the cutting edge and enjoys collaborating with other musicians and writers just as much as writing her own material. The inspiration for her songs is shaped by rich experiences from her early career in the UK and Europe (including two club seasons in Corfu) and laced with imagination and creativity, while her mezzo-soprano style is modelled on Lilly Allen, Pink, Katy Perry and even Michael Jackson!

Along with her singing abilities Hayley holds a diploma in performing arts and is a trained dancer with an understanding of choreography. She reached the finals of the UK Unsigned competition singer/songwriter pop section, performing at The Clapham Grand where her strong, clear voice won her plenty of attention.

"Hayley is a singer/songwriter who really stays true to her own unique style. She creates songs that have true meaning to her and delivers them in a way that makes you aware that she is really expressing herself through her music" John Downie, UK UNSIGNED