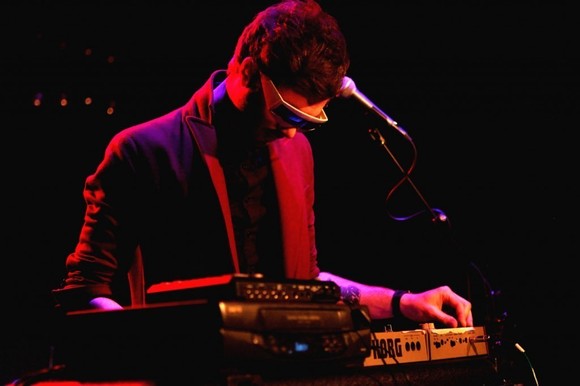 Cinematic Synth for the Near-Future Haüer is a Dublin-based one man set-up cursed with a weakness for nostalgic 80's music production and synth-based cinematic film scores.

His debut EP 'The Infinitesimal' was released last summer by American label 'Future City Records' and was described by Goldenplec as "the perfect soundtrack to a sci-fi daydream".

Since then Haüer has been gigging around Dublin at events such as Night Of The Machines and Hard Working Class Heroes. His single release 'Helicop' was included in The Guardian's 'Six must-listen new tracks from around the world' as well as being part of the Loudmouth Collective's Compilation Vol.6. He also has had a track appear on Playmaker's Miami Cannibal Massacre Compilation.

"Embracing 80's reverb soaked drums, twinkling arpeggios and New-Order-esque kicks, John Rooney's music, while still in its early stages, can be filed alongside Irish contemporaries like I Am The Cosmos, Solar Bears and Lasertom" - Soundblob

"The Infinitesimal path opens a vortex of dreamscape atmospheres, and vistas render some of the most magical - dark yet enlightening- synth waves. Bliss in disguise, doing the trick on so many levels" - Playmaker