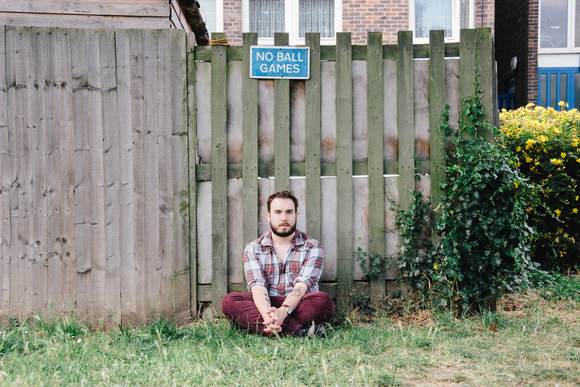 Since signing to Wild Sound Recordings in 2013, Harry Harris has been building a reputation as one of the UK’s most original and formidable singer/songwriters.

A ruthless guitar player with a voice that moves from the explosive to the intimate, he writes songs that grab you by the scruff of the neck and refuse to let go, with influences ranging from the great American songwriter Warren Zevon to bar-rock band The Hold Steady to Scottish folk singer Karine Polwart.

2015 sees the release of Songs About Other People, the follow up to the self-titled debut recorded at the tender age of 17, produced by Polly Paulusma. Songs About Other People is a more intimate affair, recorded with analogue equipment and vintage instruments at Soup Studios in London and featuring a sparse smattering of musicians, including sibling folk-singer Jack Harris, Treetop Flyers’ guitarist Sam Beer and Nizlopi bass player John Parker. Across the album’s 10 tracks Harry takes you from football matches on suburban streets to tragic love stories in the Deep South to gulchy courtroom dramas of the Wild West. Partly funded through Indiegogo, the record is a testament to Harry’s storytelling ability and the considerable impact he has already made on the scene.

In the past Harry has been championed by the likes of Tom Robinson, The Telegraph and fellow songwriters including Eric Taylor, Anais Mitchell and John Smith. 2014 also saw him hit the festival circuit for the first time, which included a memorable unplugged set to an enraptured crowd at the beautiful Festival No. 6 in North Wales.

Harry will be touring extensively in 2015, sure to win over audiences wherever he goes.