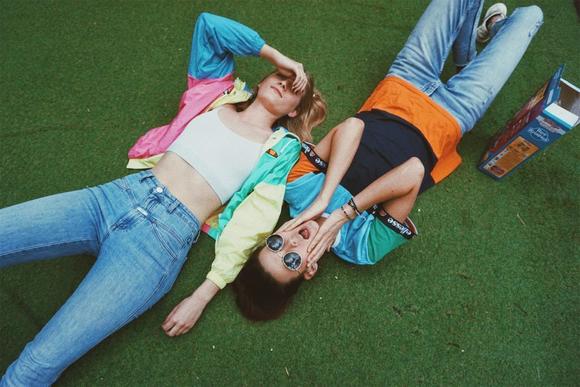 HANNIE formed in 2017 and since then they have received tremendous success.

Hannah, originally from South Germany, plays keys and Annie, born in Surrey, plays guitar. The two met whilst studying at university in the UK and went on to study at Berklee College of Music together. Once graduated, they both moved to East London and converted their living room into a recording studio.

After working intensively on session work with other artists, Annie & Hannah began posting online
videos they filmed of themselves covering songs in their living room. Within 18 months, HANNIE gained over 300,000 followers and released six singles, featuring the likes of Ralph, Carys Selvey and most recently, Embody.

HANNIE write and co-produce all their own tracks, collaborating with different vocalists on each track and release their music through AWAL.

Most recently, they played at Omeara. Camden Assembly, Sebright Arms and Festivals in Switzerland and Dubai (to name a few). The girls have achieved an amazing musical platform with over a million streams on Spotify and they are now searching for their next act for a hit collaboration. HANNIE have recently signed a publishing deal with W songs (part of Warner music). They have worked with Will Simms, Hight & Russ Chimes (all renowned producers in the current music scene) and an EP release is in the pipeline this coming autumn. They have also received huge interest from various booking agents.
Next year promises to be an exciting one for HANNIE so watch this space….