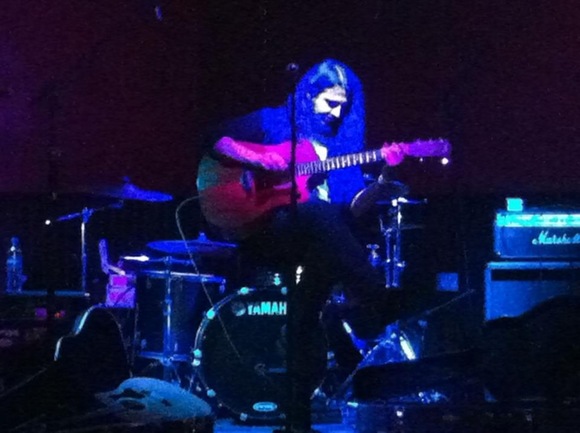 "…His highly percussive, advanced technique is a joy to watch…his compositions are fascinating, drawing from such diverse areas as flamenco, post-rock and Zeppelin, as well as the inevitable Davey Graham".(musicinoxford.co.uk) Greg Larkin is one of the most creative modern finger-style guitar performers around.

“Greg Larkin delivered a set that had more imagination, creativity and originality than anything I had seen before.” (MusicalMoron)

He is not your typical guitar player, not even amongst fingerstyle musicians. Firstly, he doesn’t sing! Secondly Greg is able to produce the most enervating and subtle sounds from an acoustic guitar, creating layers and layers of music simultaneously.

“He creates the illusion that there are numerous guitars being played.” (Dead Press)

HIs style is hard to categorise, combing as it does elements of rock, classical, Raga and funk in what is often a heady mix that leaves listeners intrigued and mesmerised. He combines advanced guitar techniques with mellifluous musicality to build melodies that can be challenging but are packed with musical flavour. The overall effect has created a quite unique sound that is very memorable; a style that absorbs audiences and leaves them with the palpable feeling that they have just seen ’music’ being played.