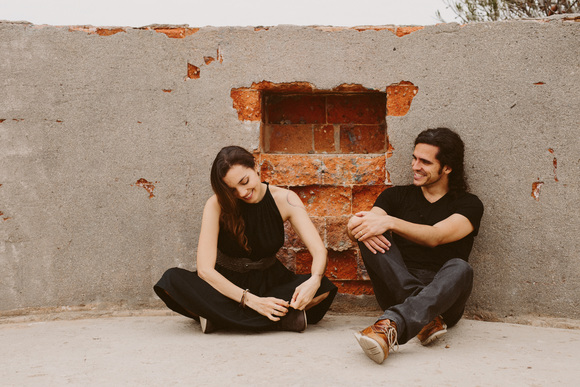 "Yes, they are two artists and a band behind, but G and G are not proposed supplemented, but integrated into a common dream, capable of tune with love and pain in a single gesture, without effort." -César Cid ‘Groove Planet’, Barcelona, Spain GG is a neo soul duet based in Barcelona (Gilmari Gerena from Puerto Rico and Gerson Gelabert from Barcelona).

Neo soul in Spanish unapologetic, bold any elegant. Their compositions expresses both poetic and realistic situations of life with a lot of sensibility for the spirit. Their refreshing arrangements and melodic lines takes the spectator to a hole new desirable place.
Accompanied of their band or themselves as a duet, they know how to convey unequivocally what good music gives.
They have two albums 'GG' (2014) and 'Quiero Hablar' (2013).

Their last album self-released and self-titled, 'GG', contains 11 original songs with a more risky and progressive style within Neo Soul. His daring and experimental arrangements, have a mature character, with a very elaborate instrumental and vocal work, which also explores electronic sounds and post production effects. Their lyrics in Spanish have a deep and personal content, talking about topics such as: the Earth and man, healing of the soul, the homeless living situation, the stress of the city or the meaning of time and love, among others. It was recorded as a Live session with their band at 'Wasabi Estudi de Gravació' in Cardedeu (Barcelona), where it also was mixed and mastered by Carles Puntí. Definitely this album 'GG' is one without complex, entirely committed to finding that unique sound that reflects their love for music.

The elegant and fresh first album 'Quiero Hablar', ('I want to speak'), released through a successful crowd-funding campaign, features 11 songs produced, composed and arranged by GG. With style predominantly Neo Soul, they merge other influences of black music and traditional Puerto Rican music. Recorded Cardedeu, Puerto Rico and Barcelona, the album features the collaboration of great musicians from Spain and Puerto Rico. It was presented inside and outside Catalonia: FNAC, RNE, Madrid, Vallés Oriental. This work achieved the award for Best Musical Group in 'Fira de la Música de Cardedeu 2012'.