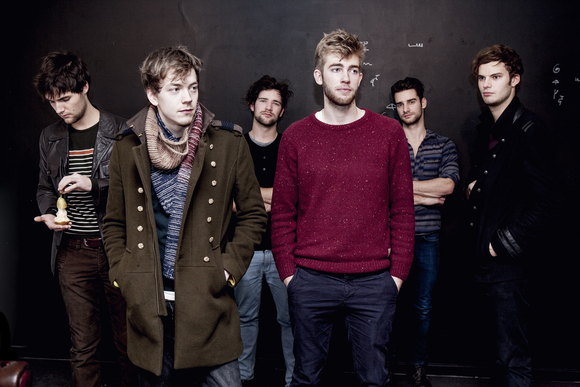 At times Geppetto & The Whales sound like the music Coldplay has forgotten to write.

In consequence of their appealing style, the bands single “1814” has been featured on Coldplays official website.
Ever since Gepetto & the Whales debuted with their EP “People of Calicove”, they have received raving reviews, made it to the cover of several magazines and have been on heavy rotation on both of Belgians national radio stations. Having been nominated for a ‘Music Industry Award’ as Best Newcomer, their first full album “Heads of Woe” (2014, Parlophone/Warner) has been welcomed in an equally distend manner: "It has become a pure, often Beatlesque, record on which the songs aren't stuffed with more than it needs, and on which the beautiful three-part harmony jumps in the eye” says De Morgen. Geppetto & The Whales take a leap from the calm and melancholic sounds of the Fleet Foxes to the folky Mumford & Sons with songs as “Heads” or “Jonathan”, but also grasp for darker ambience in songs, such as “Maxburg”. As the Gazet Van Antwerpen writes: "On their debut album, the band proves it is up for the bigger job. Even though it's not an 'easy' record, 'Heads of Woe' blooms a bit more every time you listen to it."
As much as Geppetto & The Whales prove their quality on record, they are also famous for being an outstanding and truly convincing live band as OOR writes: “Their live reputation was big from the beginning.”