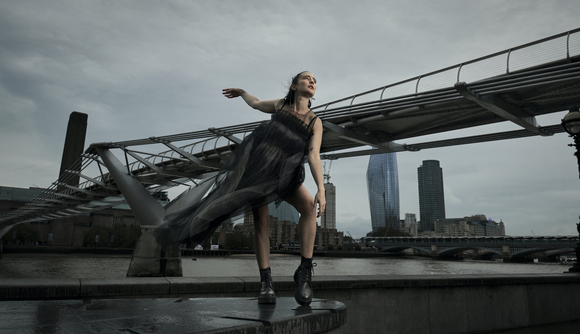 Now if JRR Tolkien had manufactured a pop star, he’d have probably have come up with avant pop songstress GEISTE.

Mixing electronic soundscape, grasping drum beats and powerful lyrics, GEISTE belongs to her own dark pop world influenced by artists such as Grimes, AURORA, Lorde and MØ Born in the south of France near the town of St Tropez, GEISTE began writing stories and her own music at a young age. She moved to London and she quickly evolved from an acoustic act to a more electronic live set and starting producing her own music - GEISTE played her first electronic live set December last year and attracted a lot of interest across the London music scene.
Though the 2020 edition of Liverpool Sound City was cancelled due to Covid-19, ​GEISTE will return in 2021. Her initial booking also led to selection for the coveted INES Talent Scheme, so expect to see GEISTE​ on the wider European festival circuit over the next few years. In 2019 she performed across London and Brighton, at BBC Introducing for The Rattle Stage, supported yeule (Servant Jazz Quarters with Parallel Lines), Emika (The 100 Club with AGMP), and Isaac Delusion (Omeara with Parallel Lines).

GEISTE is a singer with a conscience and her ethereal, earthy sound is not afraid to get deep. (PostKulture)