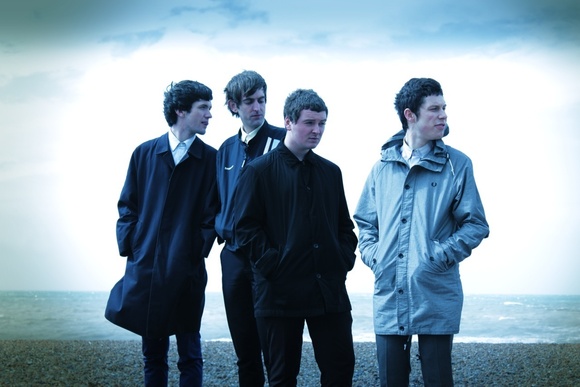 GANGS are a Rock n Roll four piece out of Dublin, made up of Jordan Curtis, Dan Smith, James Connolly, and Jonny Halpin.

They came together as a band in 2012, backed by their collective appreciation for music and fashion. With a sound and style forged by friendship, talent and a dedication to their craft, the would-be rockers transported themselves to the top of the pile and are now regarded as one of Ireland’s hottest new musical prospects.

To date, GANGS have blown away crowds both at home and overseas with a host of sold out shows, the most notable of which being Other Voices Dingle and Derry, London’s far-famed Dublin Castle and The Great Escape festival.

GANGS draw inspiration from a wide range of musical icons, most notable of which being The Jam and The Blades. With captivating vocals, two classically trained guitarists and a hard-hitting drummer it’s easy to hear shades of everything from ‘60’s rock n roll’ right up to ‘80’s mod rock’ and beyond wrapped up in GANGS distinct style.