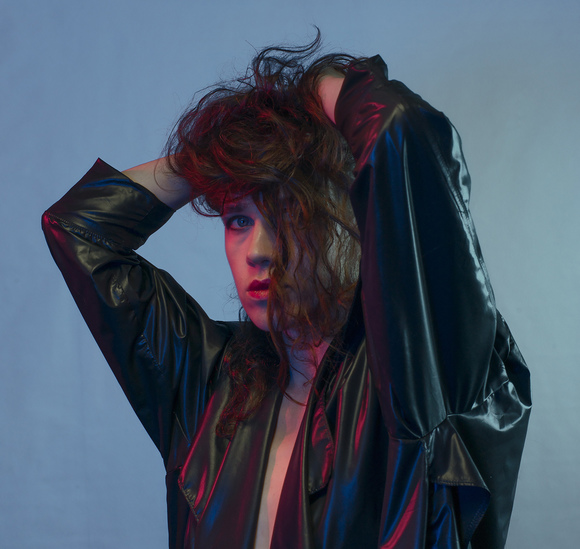 Galina Ozeran more known as Chikiss is a singer and pianist, composer and electronic musician.

Having recorded her first album in 2005, she has produced a large musical output from post-punk and psychedelic rock to minimalistic synthesizer pop and spectral electronic music. As a solo artist and in various collaborations she has created a personal and idiosyncratic style. Her last album “New Season” has been released by the American label Not Not Fun.

The Wire Magazine says: "Chikiss’s music is dream pop turned inside out."

Born in Vitebsk, Belarus. At the age of nineteen she moved to St.-Petersburg, Russia; she would then spend the next thirteen years in the world’s most northerly city. Since 2015, she has been based in Berlin. She began her work on stage in the noise-punk ensemble “Nervenklinik” (2003) and then transferred to the psycho-rock outfit “188910” between 2005 and 2009. At this period she next founded her own band – ‘Chikiss’. Lineup changes were constant.

She made remixes and worked with a plenty of musicians and artists such as Thomas Azier, Plattenbau, Brian Pyle aka Ensemble Economique, Eva Geist, Milky Toad, Barbara Morgenstern, INIT, Pilocka Krach, Et kin, Scott Hardware, Franz Bargmann (NEU) and others. Her multifaceted background involves numerous international festivals and clubs in Post-Soviet spaces and Europe - from Moscow “Olympiyski” to Berlin “Berghain”.

In her current works, Galina engages in rethinking of popular music in general and the image of the "pop star" in particular. So, the series of her “season” releases, that were out on Siberian label Klammklang and Californian Not Not Fun Records is a collection of musical sketches, where only the basic rhythm, short voice loops or simple melodies remain from the traditional song form, and the main role is played by the details and immersion in a sound atmosphere. Galya performs alone, performing all synthesizer and electronic parts herself, programming effects and drum machines, extracting weird, beautiful, unpredictable patterns from acoustic piano or electric organs. This is another important element of the concept - the DIY approach as opposed to the “girl with a microphone” image dominating in modern pop culture.