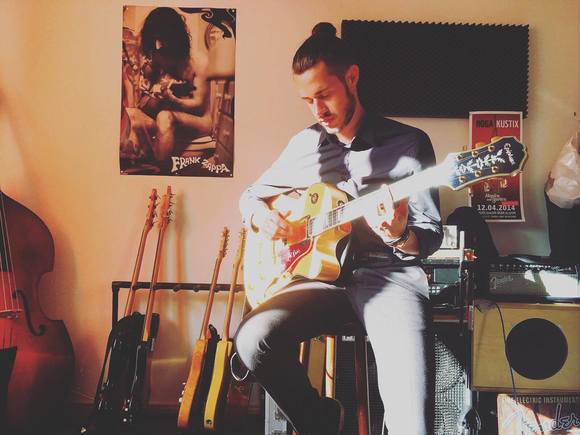 Fynn Meese is a musician currently living in Berlin.

He started playing guitar as a 6 year old kid and from this time on music became his life. After a classical education on the upright bass and further practise in jazz on electrical and upright bass, he started to write and compose own songs. Stage and studio experience in different formations and styles was gained in the same time. While still in High-school he performed first gigs with his own band, playing his own music. After one year in Zambia he started focusing on his solo singer/songwriter style project in Berlin. His music is influenced by blues, folk and jazz. In a melancholic way with an interesting sense of humour he tells stories about love, self experiencing and finding his own way of life. With swing and blues focused rhythms all his music works solo and in different band formations.