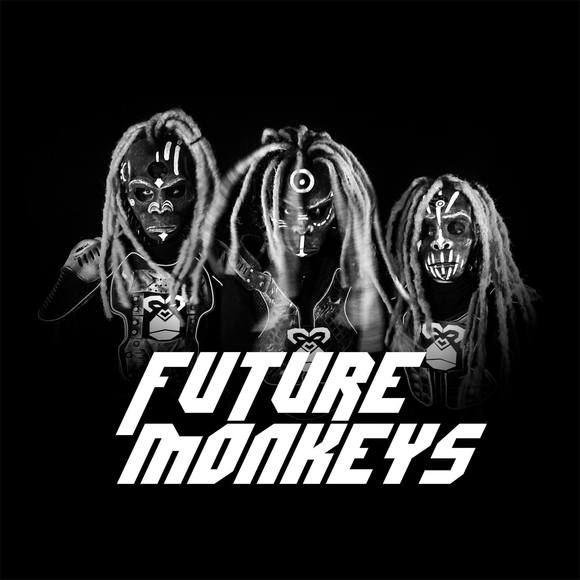 Future Monkeys are a psy-trance band from Portugal.

Their influences gather the best of heavy-metal, acid rock, ambient, experimental and progressive with an astonishing digital power.

Adding some analogic trends, Future Monkeys are able to merge Nature with Technology through the playing of synth, guitars and drums carefully mixed with an electronic punch.

The story begins in 2007, with synth player Master and rhythm guitarist Space, creating a musical concept that would later incorporate the musical skills of drummer Sicko and solo guitarist Link with the unique visual enhancement from VJ Thay and D.Johnny.

Our first work | EP “FUTURE MONKEYS” | was released at Dec 21st of 2012, some record sessions and post production was done with our friend RAZAT, versatile producer owner of Razat Laboratory Records (Crate Records)

Give it a try and listen to our music at soundcloud:

The Future Monkeys vow to create a positive vibrational ambience to those whom enjoy a raw dancefloor spirit.

Fresh news are coming regarding new releases. We are working on a new image, a new live music and visual performance and a lot more to come, stay tuned !!!

Our 2nd EP was released last month by Woorpz Records, it's called "From Past to Future" and have 4 original tracks: New Beginning, Devil's Chain, Monkey's Business and last but not least Doors of Perception.

Check on Beatport our second work:

More news are coming, new image and new videos too.