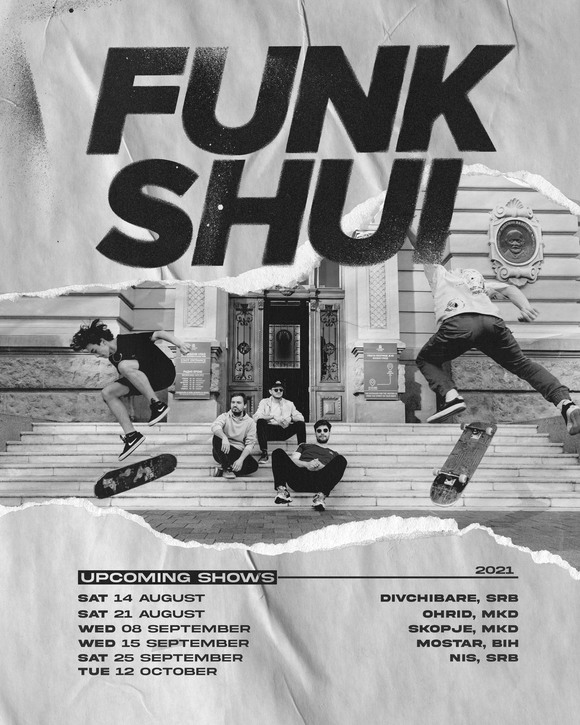 The Skopje-way of funk, or FUNK SHUI, is a collective based in North Macedonia, curious enough to work on their quality and way of musical expression from a very early age.

Having released two albums, the
debut one Aether; in 2012 and R.E.M.; in 2015, as well as the EP Impuls; in 2018 the band positioned
itself as a strong voice on the contemporary music scene on the Balkans. FUNK SHUI has changed the
direction of the modern genre waves and created a significant path into redefining quality, expression,
and pure talent across the region.
The band opened mature doors entering into one of the most promising European emerging artists pool,
catching the eyes and ears of many. FUNK SHUI managed to perform even during the "summer of silence"
and obviously, intelligently to transform the hunger for adrenaline, into an amazing piece of art. After the
refreshingly spread regional success with the single METEORI, Funk Shui delivered a seriously mature
breath of music, followed by a truly mind-blowing video for `VETER`. Both singles are just a spark of
what the upcoming album in 2021 will bring.