Fruit of the Original Sin 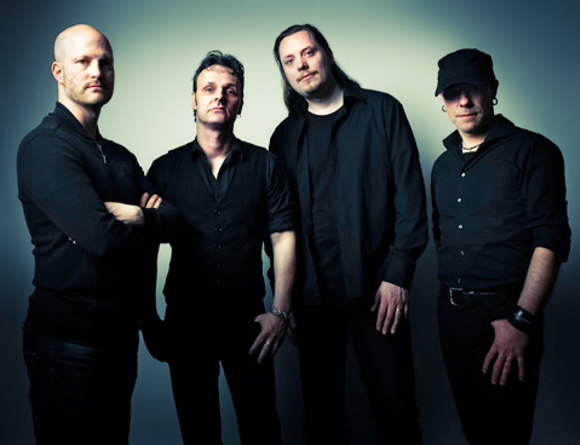 See Biographie Fruit of the Original Sin is an Alternative Rock-band from Nijmwegen-Netherlands and Düsseldorf-Germany.

The Band combines Fuzz guitar-rock and electronics sounds to create raw emotional Music with a lot of energy. In 2006 the released their first Album "Bleach the Sky". That brought the Band to the main Underground Clubs and Festivals. In 2010 their second Album "Beneath the Surface". They got very good critics from the Dutch Musik-Press. They Headlined some Festivals and got Airplay on the main Dutch Radio. In the Summer 2014 they played a sucssesfull UK-Tour (June-2014). On 04. April 2015, they released their third Album "The Black Lodge". It was highly recomended by the Music-Press, "Band of the Month" in Germany, 4 of 5 Stars in leading Dutch Magazine "MusicMaker" and much more..... In Aug 2015 they played a East-Europe-Tour in 9 Countries; Polen/Kroatia/Tzech-Republic/Slowenia/Hungary/Slowakia/Rumania/Serbia/ect...Then in 2017 the Band did a Tour in the Uk again. In 2016 a new drummer came and so Ruben Ramirez replaced Florian Metz on Drums. after that, Thomas merkle on Keyboards left the Band. After some tryouts the Band decided to go on as a Trio. A lot of Gigs in Europe followed.
Currently the Band is working on a new Video and will play some Festivals this Summer. Inkl. some Gigs in the UK.
The Band is influenced by Bands like; Smashing Pumkins, Killing Joke, Nine Inch Nails, Deftones, MC5, Nirvana and more..... For more just go to their Webpage.......
www.fruitoftheoriginalsin.com (See Links on this Page)