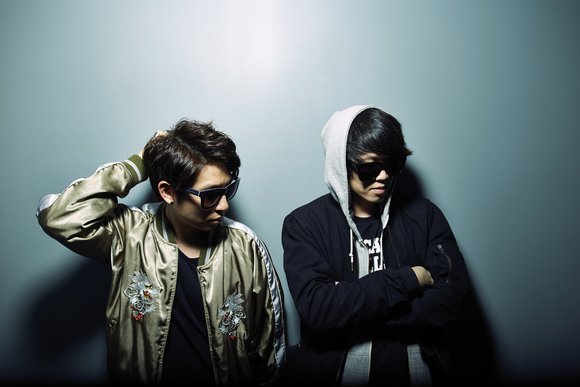 They quickly realized they both had very similar musical taste and style and arranged to do a jam session for fun. During the session, the duo’s natural chemistry led them to experiment and create the product of which was the foundation for their first track “Colors.”

“We wanted to reach not just the local audience but the
global audience as well. Since airports are the venues
in which the people around the world cross paths,
we thought the name was fitting.”
–From the Airport on their band name

Both Milo and Zee have a nice blend of experiences prior to teaming up. Milo’s guitar mastery and composing prowess were honed from film music production (Jesus Band, Korea, Shirano Agency) and Zee developed on the keys and DJ/producing while composing for K-pop music scene (Banana Dynamite, MC Sniper, J). Together, their collaborative abilities and skills synergize to create From The Airport’s unique sound. A mix of energizing distortions, enchanting dance beats, soaring melodies, and moving lyrics, From The Airport is constantly evolving and pushing their music with each note they write.

From The Airport’s first two singles, ‘Colors' and 'Everyone's All Right,' was well received by the world media and audience, garnering attention from media like The Guardian and taking top spots on the US's Indie Shuffle charts. In 2015, From The Airport released their first full length album, 'You Could Imagine' as well as a digital single, 'The Little Prince' which features Gyuri Park of KARA as the main vocalist. Their fresh and funky sound lead them to play various stages all over the world, getting invited to play SXSW in the US, Summer Sonic in Japan, Noche de Kpop in Peru & Mexico, and Ultra Music Festival in Korea.

After a whirlwind 2015, From The Airport is back to the grindstone making the next new sound in Electro Rock and gearing up for an amazing 2016. Keep your eyes peeled and ears open for From The Airport in 2016 and you will not be disappointed by what you find.