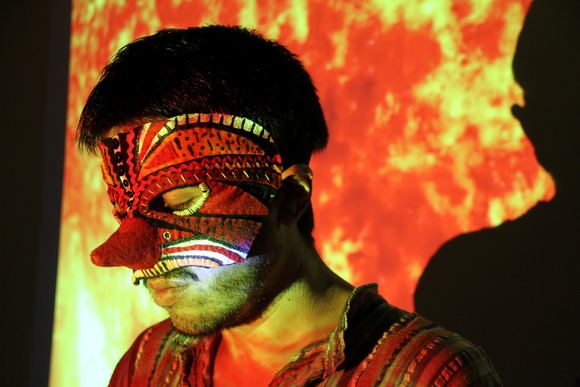 Nicolas Carrasco , alias Foex , has more than a decade at the head of his own record label home. Responsible for the sound of more than 30 albums, has worked with artists such as Ana Tijoux , Solo di Medina , Como Asesinar a Felipes and Hordatoj, achieving a distinctive sound, from the most creative and experimental trail of genres such as hip- hop, soul, funk and electronic.
In its beginnings linked to underground rap, after editing Subdemo (2001 ) concluded debut of his band FDA , the producer began a long journey that led him to pursue his art both in various productions of local hip-hop ( Hordatoj , Koala Kontreras , Picks Typing , Epicenter , Ana Tijoux ) , as in the successful first season of the TV series the Pulentos child , where he exerted creative and music producer.
Foex was responsible for co - producing the award-winning album 1977 (2009) Ana Tijoux , nominated for Grammy Awards in the category of Best disco rock , alternative or urban, in 2010. Its landmarks include its work with the increasingly popular rap -jazz Como Asesinar a Felipes.
Resources in the production are varied and the breadth of his musical judgment has led him to explore different sounds. Ever since independence, from his studio Foex has created a universe that appeals to the silent and selective work , achieving a unique sound , increasingly recognized in Chile and the rest of the continent.