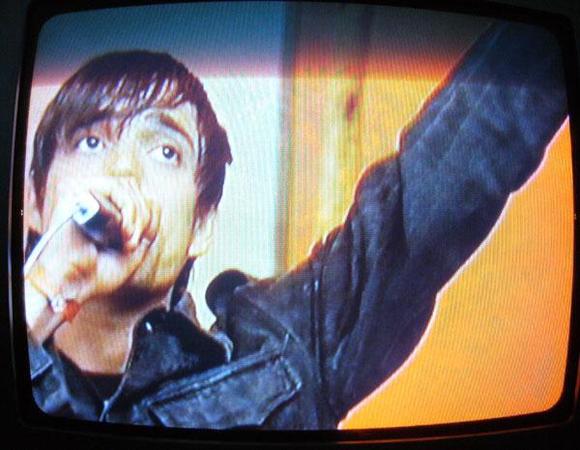 Daniel Herrmann has first drawn attention as photographer. His club documentary 12×672 – pressed 2005 as picture book – about Robert Johnson and Studio 672 , designs for clubs such as Café Moscow Berlin (2003), and not a least the album artwork for Red Hot Chili Pepper’s Live In Hyde Park made a buzz around this pale guy from Offenbach (Francfort).

Alias Flug 8 he has been producing music for 8 years now. Thanks to the needs of discovery of Martin Gretschmann (Acid Pauli, Console, The Notwist) his music entered the Weilheim based soundforge around Gretschmann and Hometrainer and, finally could find a place on the label Smaul Recordings and Doxa Rec. His debut 12” in early 2008 received quite a bit of positive response.

Fully packed with metaphors he overdraws to understate. Flug 8 cannot be nailed on any genre-board, but creates a homogeneous melancholic music stuffed up with secret hopes, by reducing it on a hand full of sounds and a certain range of simplified tunes. Might this be true Kraut-Techno?

Flug 8’s music cognitively glides thru an audible 3D universe. His way crosses trivial streets and died out avenues, dirty dance floors and sad remains of glamorous disco. Finally, his journey ends up exhausted but satisfied, resting on something gently soft like a forest soil.

Flug 8 has released his debut album called Lösch Dein Profil in 2009, and after a private break he issued three maxis and eps in 2011/2012 o Doxa and Klangelektronik. New Album out on Disko B.