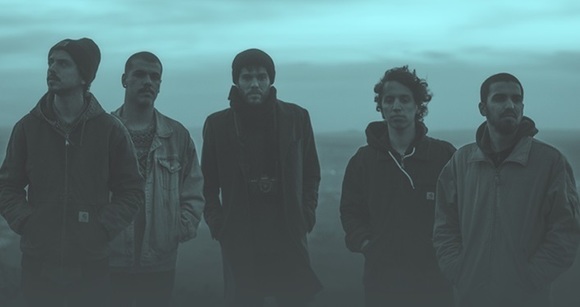 "First Breath After Coma has the refined ability to pack the world of post-rock right into regular-sized songs.

Add to that a persistent need to explore new sounds and you’ve got one of Portugal’s most promising talents.
The band’s latest album, Drifter, was nominated for European Independent Album of the Year by IMPALA. The band hails from Leiria and has played some of Portugal’s biggest festivals, Paredes de Coura and Primavera Sound. Internationally, they have set foot in Reeperbahn, Eurosonic and The Great Escape." Europavox

“…Cheerful to melancholic post-rock from Portugal. First Breath After Coma have just delivered a stunning second album called Drifter, that is much more than post-rock. On Drifter, a poetic dreamworld opens and songs go in an experimental, opera-like and, mostly, folky direction. Add some angelic community singing and indie folk bands like Fleet Foxes and Local Natives spring to mind…” Eurosonic Festival

“ … Easy post rock, a high level of melancholia and some very sensuous melodies mould into beautiful music. Their current album "Drifter" opens a whole wonderful poetic world. It contains songs like the experimental "Blup" or the two-part opus "Tierra Del Fuego", drifting almost opera-like with heavy drums and crying guitars until to finally float into warm brass-driven passages. Music for closer listening, getting down, dreaming and drifting away. Topped by the Radiohead-like vocals, that sometimes get almost anthemic…" Reeperbahn Festival