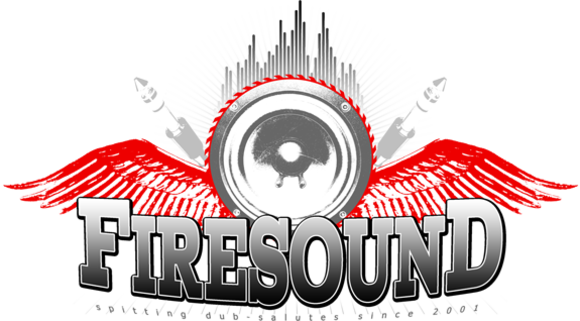 Dynamic selections and an instinct for the needs of the audience lead to the perfect mix of Dancehall and Reggae in all its directions and facettes. Due to their perfect matching skills Firesound played at uncountable events where they received steady positive feedback. They proved their good reputation to promoters in cities all over Germany and Europe.

Everything started in the mid '90s when the foundation of every DJ set-up was built with Daddy Swingkid getting his first 1210s. At this time he was strongly into Hip Hop but ever since with an openness to every kind of music and an affectation to Funk and Soul music. Quite quickly the first experiences in live shows and DJ sets were made and after a short time the favourite music was promoted at own dances. Out of the intention not to be restricted and to try out new things again and again, the first Jamaican productions found their way on Swingkid's wheels of steel and as a consequence were built into the DJ sets. More and more taken by the catchy melodies and the hard but driving basslines the single tunes became whole Dancehall sets. Out of that a real curiosity for the current but also for past output of this small Caribbean island was developed and it was the beginning of an enduring search for old treasures and new anthems. A real plunge into the world of Reggae and Dancehall music.

In 2001 the logical step followed and a sound system inna Jamaican-style was brought into being when Firesound was born. Daddy Swingkid as selector and Danny Fyah as MC. The starting shot for a burning passion. Shortly afterwards the sound check for the first own dance (HotBeatz) was made and it was time for the first dubplates which represent the passion and the seriousness of the adventure in every way. Four years later the two guys from the Vogtland parted to their own. Danny Fyah switched to Supersonic Sound while Daddy Swingkid led the sound and made first experiences as an MC. In the same year selector Mario joined the sound and brought some fresh air through his versatile style. Since then he is an inherent part of the sound.

Daddy Swingkid's as well as Mario's musical selections feature a deep connectivity to the Reggae and Dancehall culture and prove the technical and fundamental knowledge for that every time. It is obvious that both like to bring the audience to enjoy their musical taste and have developed a sense for playing the right tune at the right time. The musical range is wide spread. Starting with Caribbean sounds like Roots Reggae to early Dancehall up to the hottest current Reggae Dancehall and Soca tunes. All of that is complemented with a selection of exclusive Dubplate specials and well placed deviations into other musical genres like Funk, R'n'B, Hip Hop, Dubstep or even Drum & Bass.

LOCATIONS WE PLAYED AT

EVENTS WE PLAYED AT