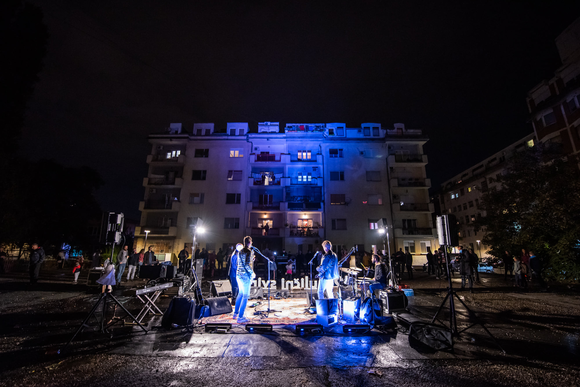 Fipa - Pick Me Up @BulevarBooks

FIPA is a brainchild of Filip Vlatković, born after a decade of active participating in music scene as a record producer and engineer for countless local acts.

Venturing off into a solo singer-songwriter effort, in his own studio he composes music which radiates with simplicty, minimalism and estetics of some past times, when music wasn’t so complicated and over-saturated.
During a stint of living in New York City, first original material is born while performing live. After returning home next year, FIPA starts a series of sunday intimate shows in small clubs and pubs, but due to great interest he forms a backing band in form of a basic rock quartet. This adds a new perspective and egde to already a unique expression. The band performs on various local and internationally renowned festivals such as EXIT, IFUS, FAMUS, GITARIJADA ZAJECAR while finishing up debut album. The album "Heartsongs for the brave" is finally released to critical acclaim in March 2019. It opens up a new chapter in the bands life, bringing them more live exposure such as INDIREKT Showcase Festival and appearance on SOFAR Sounds in Belgrade. With this rejuvenated energy, Fipa continues to create one diverse range of music but with constant personal and emotional stamp thanks to indie-americana and rock genres.