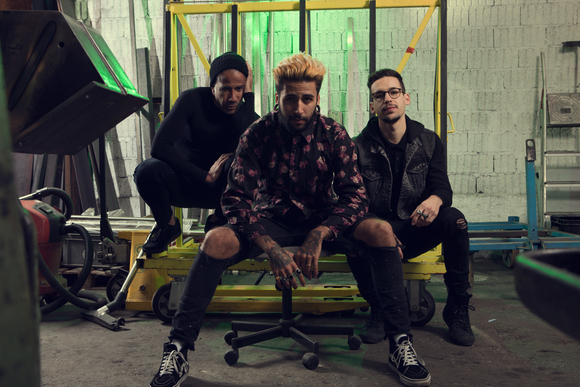 Fensta is a rap-rock power trio from Fribourg, Switzerland.

Formed in 2015 by the singer Julien Vonlanthen, recognized DJ artist (Zeela), music producer and drummer, the band’s genre is equally inspired by alternative music and pop music.
Though the formation is recent, the members come from various respected scenes. Featuring Fred Vonlanthen (guitarist for Alain Morisod, involved in more than 2'000 shows during the last 20 years) on the bass and Nathan Gros (No Way To Escape, Hubris) on the drums, the group's origin stemmed from a mutual will of getting out of the musicians’ habits.
Influenced by bands such as RATM, Royal Blood and AC/DC, Fensta stands out by mixing powerful hip-hop drum rhythms, loud bass-guitar riffs and rap lines.
Not only motivated by sharing the happiness of their music, the band approaches delicate topics with their strong lyrics and tries to promote a different way of thinking to its audience.
In 2016, the formation entered the studio “La Fonderie“ and “Redboogie“ to record its first album “Apocalipstick“. This eleven-track album will be released in the mythical venue “Ebullition” on the 3rd of February 2017. In October 2016, the band’s first video clip of the song “School Drop Out” was shot in their home town at the skate park “Les Abattoirs“ involving many street artists and public seduced by the idea of the band playing in the middle of a skateboard session.