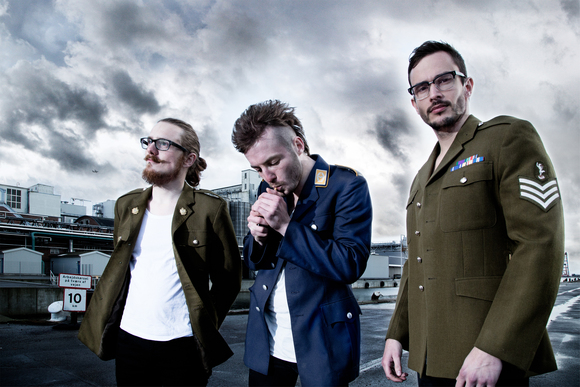 Frivolous, extravagant and persistent – this rock’n’roll trio of contrasting, yet coherent personalities brings about a diverse and durable selection of songs spiced up with a transcendent and captivating stage act.

Since their formation in 2010, Federal Unicorn managed to build an assortment of songs which areso different in terms of sound and subject, coupled with elements of various music genres, creating what they are now. The subjects of the songs range from love to the rock’n’roll lifestyle, through life contemplation and broken hearts, to daddy issues and friendship.

The three members of the band - Robert, Kristian, and Kuba - keep it real and going. The contrasting personalities and preferences in music, erects in a difficult-to-define genre, which they describe as “there’s a guitar, a bass, drums, and vocals and then they all come together’.

Federal Unicorn released their debut album "Blame It On My Libido" in 2012, including singles "B.I.N.Y", "Makeup And Outfit" and "Cabello", and started playing every corner of the Aarhus music scene, bringing them to the arms of the management company, Enough Said Music.

In 2014, Federal Unicorn released their second album album "Come Again" through Enough Said Music, bringing the energetic party tune ‘Let’s Go Out’, the hardhitting "Heard", summerlonging "Grasshoppers" and the beautiful "You Made My Day" as video singles.

The band received great reviews on the album, and even made it to the roster of the Canadian Music Festival, Toronto, in May. Their showcases overseas made an impression and impact on the great canadian people, and plans are now the making for a longer tour in Canada, following a release of "Come Again" in a special US/CAN edition.