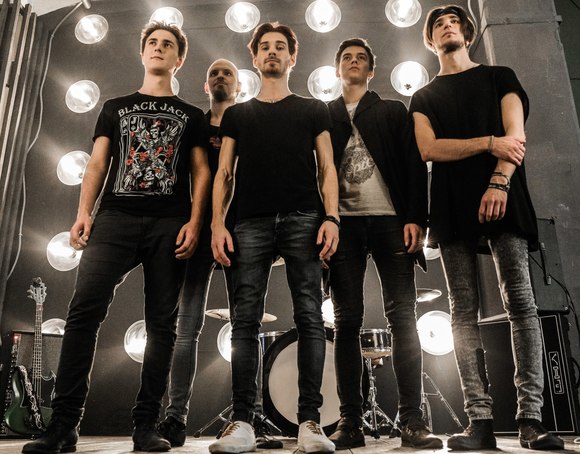 FAVINX – is an alternative rock band from Moscow, Russia, founded in 2013 by the lead singer Alex Orlov.

Music combines electronic sound with live instruments. In April 2014 the band has released it’s debut album “ANIMAM” with songs in Russian. And this year FAVINX has released 3 singles for the upcoming album “Right Here, Right Now”.

Biography: In the year 2013 Alex and his friend decided to make a band. It all started with recordings songs for a debut album which was later called “ANIMAM”. The album was recorded within a year and costed about 1500 dollars. Alex recorded all of the guitars and vocals. After the recording the album was released in all digital music stores. While recording Alex was searching for the band members to play his music live. He has found four guys and they haven’t changed since. After the release of a debut album the band has played numerous venues in Russia – open airs, rock festivals, they also opened for a symphonic orchestra Rockestralive once.

As for now – the band has almost finished it’s second album. This time all the songs will be in English. The album is called “Right Here, Right Now” and will include 10 songs. The release is expected in September-October 2016. Once again, the band has already released 3 singles, which you can hear on SoundCloud.