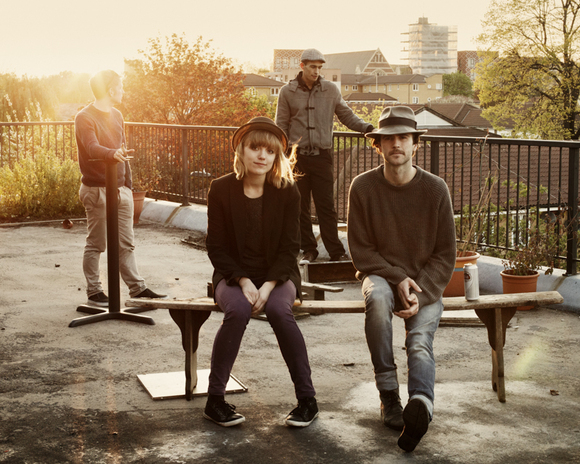 "When I heard the tightness and energy of this band, I knew they’d be on this week's show…" Tom Robinson, BBC 6 Music.

Jessie Barnard and Irish singer/songwriter Brian Kelly conjure up a unique sound and atmosphere – unlike anything you’ve heard before. It’s a combination that’s landed them festival slots across the British Isles and has won them instant critical acclaim.

The band got together in 2012, due to a beautiful twist of fate: "I'd just moved to London, from Berlin" Brian explains "I was coming home from work one day when I heard this gorgeous melody line spilling out of a building on my street. It was amazing. So I went straight up to the door and kept knocking until Jessie answered. And that was that."

The pair didn’t waste any time and soon added drums, bass and lead guitar to the line-up. Familiar Creatures found plenty of common ground and inspiration in the music of Paul Simon, Dr John and Fela Kuti; in roots artists like Midnight and Steel Pulse; traditional song-smiths like Leadbelly and Luke Kelly; as well as popular indie groups and even Michael Jackson. Brian says: “We all wanted to create something that sounded fresh and interesting, something melodic but unpredictable”.

Asked how she would describe Familiar Creatures' sound, Jessie replies, "It's too hard. What I can say is, that when you see us live, Dan and Arwyn on drums and bass are going to make you dance; Brian's lyrics will get you thinking; and I’m going to do my best to get a beautiful melody stuck in your head.”