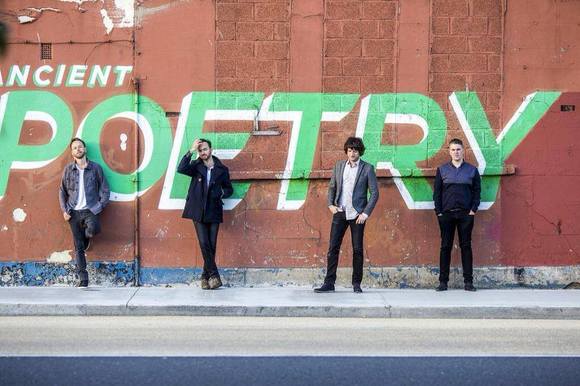 Fallen Rule are a rock 'n' roll band from Dublin founded and led by Scott Glennon with Gary Earle and Neil Daly.

Their debut album, ‘No Way to Know Why,’ was launched to a sell-out crowd in Dublin’s award winning live venue, The Grand Social. The album was recorded by New York based, Grammy award winning Fernando Lodeiro, reached No.1 on North Carolina college radio and was named Album of the Week by Dan Hegarty on RTE 2FM in Ireland. Embracing rough edges and raw vocals, the songs talk of broken hearts, human flaws and are unashamedly hopeful. Folk-infused rock and roll pays homage to the story-telling ache of the blues, with touches of gospel.
Back in the studio, Fallen Rule, are planning a single release for the end of May and a new EP will be released later this year.

The Line up
Scott Glennon takes lead vocals and guitar, no stranger to the music industry Scott has worked up an impressive resume, playing to crowds all over the world having previously shared the billing with The Jesus Mary Chain, MC5, Chemical Brother and Sonic Youth, to name but a few.
Gary Earle, drums and vocals, before Fallen Rule Gary played in bands from a variety of genres and has played in some of the major festivals and venues across the Country.
Neil Daly, the latest addition to Fallen Rule, he solidifies their sound with organ, guitar and vocals. Having previously played as a member and session player with numerous bands Neil is a familiar face on the Dublin music scene.