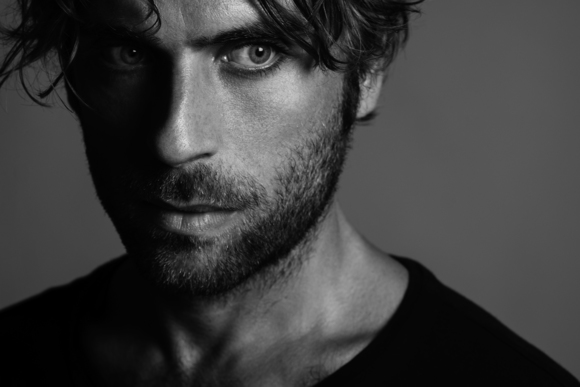 “If you look into your shadows, what will you find?” Singer-Songwriter Fabrizio Cammarata tells intimate stories of love and loss through his distinctive soulful voice and elegant guitar mastery; mesmerizing audiences from stages great and small across the globe.

Fabrizio conjures fantasies containing light and shadow, tales of his experiences of travel and from his hometown of Palermo, Sicily.

The restlessly creative Cammarata studies the arts, favours Latin American literature, has written books and worked on movies. Sharing stages with the likes of Ben Harper, Patti Smith, Iron & Wine, Daniel Johnston, Hindi Zahra and Emilíana Torrini, he has honed his uniquely romantic interpretation of indie-folk. A life lived is condensed into the new album 'Of Shadows', that was produced with Dani Castelar (Paolo Nutini, Editors, REM) and is released on 800A/Kartel Music Group and Haldern Pop Recordings November 17th 2017, following the EP “In Your Hands”.

“Gloom, rebellion and elegance. An artistic celebration of bitter-sweet woe" INTRO (Germany)
”a wonderful tool for emotional enrichment” CLASH (UK)
“poetic texts, simple beauty, warm sincerity in his voice” LIVE ARENA (France)
“no stranger to the drama that life routinely throws at us all; the difference is, he has a unique talent for taking such passionate themes and fashioning them into stark, seductive tales that resonate across time … Few come close to conveying so much with so little but, live and on record, Cammarata is simply spellbinding” Derek Robertson for Europavox.com
“Of Shadows is a record of extreme sensibility“ Eduardo Guillot. Neo2 (Spain)