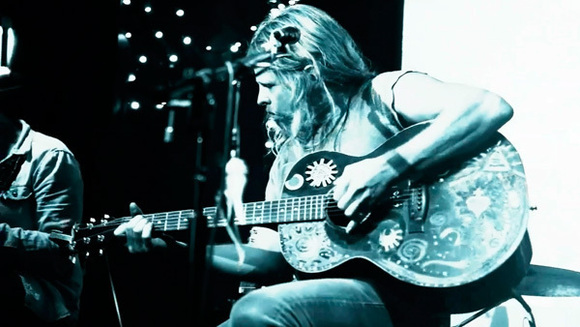 'Ethereal and gutsy, delicate and moody, there is no doubting, the originality and talent of this inspiring artist.

A visual delight with a sonic palette that keeps on delivering'.

'A distinct vibe that had me flashing back to 'Morning of the earth' complete with MP and the boys tearing down on the line at backlit Angourie'.
'TRACKS" - National Australian Surfing Magazine

In 2012, Teuton/Australian, Wolfe, showcased at Canadian Music Festival, toured Canada, Germany & Australia; and attracted great radio airplay. The year saw Wolfe perform to full houses in theatres and venues across Australia, Canada and Germany, help launch a national youth campaign promoting respectful relationships in Australia. He soon released EP ‘Cards are on the table'. The new EP debuted at number one on community radio's most ordered songs for airplay chart, went on to enjoy airplay on Triple J, and includes his song, Eggman, being featured on FOX classic cartoon comedy Futurama.

Heartfelt vocals and driving grooves came together to create a high-spirited and epic sound for his 2013, Perfect Moment release. A highly successful national tour followed with concerts in every Australian state including Festivals in WA and NSW, Australia. A special concert performance at Rockford Wines, Barossa Valley saw Ew join ARIA Award winner, Jeff Lang, before a very excited audience.

2014 started with enthralling concerts at the Adelaide Fringe Festival in South Australia, followed by a trip to Los Angeles for MusExpo, another tour of Eastern Canada, and showcases at Canadian Music Week. New single 'Dante' was also released in Australia.

A return tour to Germany will be based around Berlin Music Week 2014.