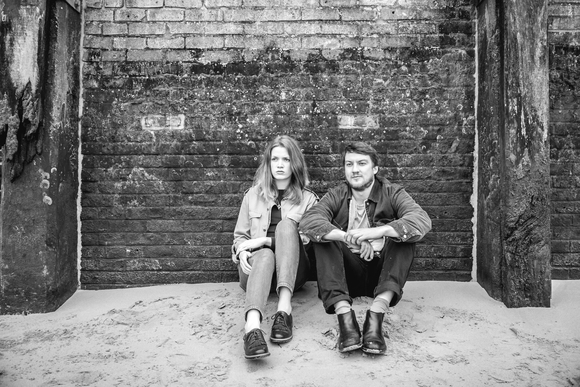 Evering is a duo formed by Scottish singer-songwriters Chris Yendell and Dawn Coulshed with the common goal of creating an original sound within an indie / folk genre.

Dawn & Chris met on the Edinburgh music scene in 2013 but it wasn't until the following year when their paths crossed again, this time in London, that the inheritance of an old piano sparked their first collaboration and the beginning of Evering.

Chris has a raw yet uncompromisingly welcoming sound which showcases his strong vocals and full sounding acoustic guitar riffs. He has supported the likes of Two Door Cinema Club in previous bands and has a wide range of influences ranging from Ben Howard through to Led Zeppelin. Dawn trained as a classical pianist in Edinburgh before moving to London to pursue her career as a singer songwriter and multi-instrumentalist. Growing up around the traditional music of the Highlands Dawn was also influenced by the music of Jeff Buckley and Elbow. Her gracefully rich piano work and truly stunning vocals really stand up behind the sound that Evering have created.

The now London based band thrive on delivering strong harmonies laid over powerful yet warm tones, which are governed by intertwined piano and guitar. The combination of Chris and Dawn’s wide ranging influences shines through in Evering's material, which is immediately engaging and superbly memorable.