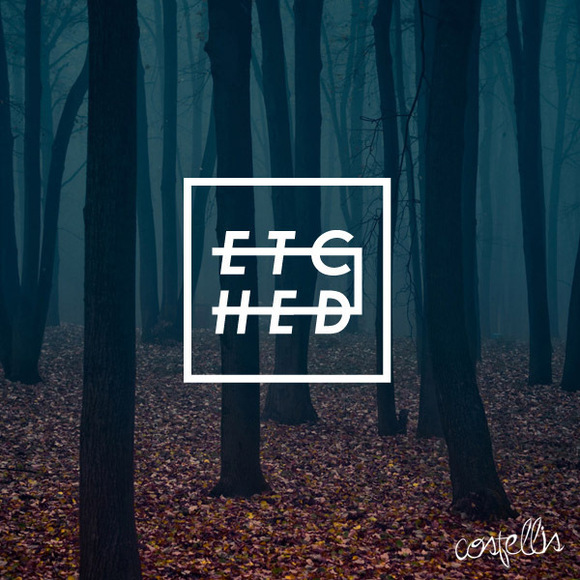 Looking for shows to test the new ETCHED: LIVE set up before the festival season!

Also looking for DJ Sets to play out unreleased tracks.

“Phenomenal, highly music with a sinister ambience that is impossible to shake” - Dubstep.NET

"An exciting fresh producer who has the potential to go from the bedroom to the main stage!! Watch this space" - Jamilla Walters, BBC Radio 1/1xtra

He is rapidly becoming one of the most exciting, anticipated & uniquely charismatic up and coming electronic music producers in the country. His exciting & unpredictable methods of production have made a massive impact in the music scene around him and beyond. With a vast knowledge of music that is to be admired; he is able to free himself sticking to one genre, it enables him to capture any emotion he wants, create any piece of music he wants. Whether it be unpredictable, euphoric, abrupt, calm, or melodic whatever he sets out to do, the end result always ends up the same... a flawless work of art that many have taken inspiration from.

His name is ETCHED.

Tom Costello grew up in Swindon, South West England. At the age of 7, he discovered his love for music and realised exactly what he wanted to do for the rest of his life. In 2008 together with a group of close friends, Tom's first music venture was made. He became the lead man in a Dub Reggae band suitably names “The Costellos”. They quickly became one of Swindon's most respected & most loved bands. After a year with the band, Tom started to experiment with electronic music. His love of Ambient Dubstep started to flourish and he developed an even deeper passion for it. The passion would never go away. He decided to create a platform where he could experiment with new sounds, & new ways of playing his tracks out live. With influences from artists such as Flume, Flying Lotus, and Gold Panda...ETCHED was born.

After a year of releasing music as ETCHED, he was still teaching himself how to produce in different ways, finding his own unique sound. While on this journey of self teaching and relentless experimentation he learned how to produce a wide range of genres which spread through-out the electronic music spectrum to a high, & impressive level.

After finding his own sound, he steadily began to make a name for himself in the South West of England. As he rose through the ranks he was able to collect support from established promotions & YouTube channels such as Mr Suicide Sheep, Dubstep.NET, Nightshift, and Bass-explorer. This resulted in becoming quite a big deal in the infamous underground scene of Bristol. As he grew as an artist, his popularity paralleled. Things were starting to take shape. A year later he would be one of the most listened too up and coming artists in the country.

2013 was a great year for ETCHED. Finding his sound that he could call his own, he began to make music with the confidence of knowing how he was going to make his mark on people & how he was going to leave his fingerprints all over the imagination of those who listened to his music. The self release of his second album “Pixelated” which featured popular tracks including “Lovestruck”, “1992” and “See if I don't” caused a surge of interest from music lovers across the globe. After listening more & more people eventually became hooked on the extraordinary, unique sounds he was producing. They became captivated at his own unique style of production, taken back by his distinctive ability to take the listener out of their comfort zone by exploring new, exciting genres.

After weeks of gaining literally thousands of new followers, likes, listens & downloads he was approached by the first major supporter of his career. BBC Introducing. While he was being backed his tracks were being played out over the airwaves through-out the country. With the support from BBC Introducing as well as the continued success of “Pixelated” he was able to achieve something extremely rare for an unsigned, up and comer to do. He reached 100,000 followers on Soundcloud, totally legitimizing what he was doing. It not only gave him a new found sense of determination to succeed, it also meant he was given the respect and support of people from across the sphere; from fans, to fellow producers, to leading industry figures. 2013 bought seemingly endless success, but 2014 would bring something even better.

A few weeks into 2014, he produced & released his remix of Drake's “Too much” on Soundcloud. This would be the catalyst to his success. Within a couple of hours, it had been downloaded over 10,000 times, & played over 15,000. A few days later his remix landed him his first ever prime time Radio 1 play, after Australian sensation Kito got her hands on a copy and added it to her guest mix set list during B.Traits sit in show for Skream & Benga. It was listened to by over a million people. The track ignited a cult-like following which introduced a mainstream, new, fresh, influx of listeners to decided to take the time to educate themselves in the music he had created....and they couldn't get enough.

Within a few days offers were flying in from high profiled artists wanting to collaborate, offers to play live at live events up & down the U.K & his tracks were being played on radio stations all over.

As he enters his forth year producing as ETCHED he enters his fourth year giving the world some great masterpieces of music. Better yet, in the space of one year he's been able to capture the imagination, grab the attention, and gain the respect of a truly mind blowing amount of people from all over the world. Imagine what he will be able to accomplish in the space of two years.

Currently working with some big names on tracks, putting together a whole new live show for main support on a number of U.K tours as well as a number of big releases on globally known labels 2014 is shaping up to be an emmence year.