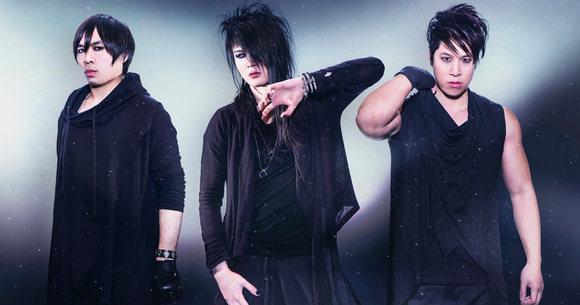 Reformed in 2016, Esprit D’Air are an electronic rock & space metal band based in London.

The band is now comprised of Kai (vo. & gt.), Ellis (ba.) and Daishi (dr.).
Their sound is unique and fresh in its ability to fuse hard-hitting aggression with melodic interludes and blistering guitar solos.

Esprit D’Air garnered a cult following with their charismatic performances reminiscent of a young X Japan, and a style that can only be described as: “Shibuya meets Sunset Strip”! They were the first Japanese-language band to appear on the videogame, Rock Band 3 for the Xbox 360.

Esprit D’Air’s transcultural appeal has allowed them to lyrically experiment with both Japanese and English songwriting and, as a result, provide rock fans with something new and different within the current live music scene.