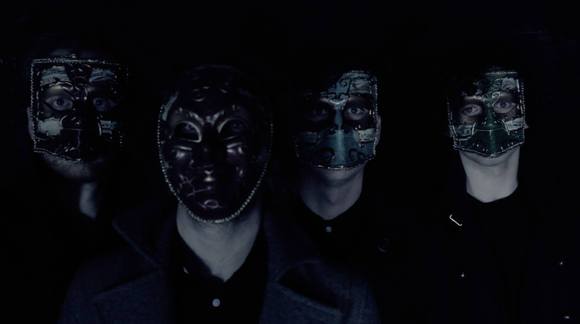 Escobar are an alternative rock quartet hailing from Belfast in the North of Ireland formed in 2013.


Having been likened to Muse and Biffy Clyro, Escobar have become known for their ferocious tenacity as a formidable live act with cinematic, grand performances and an arsenal of angst-laden musicianship.

ESCOBAR are Adam Kerr (Guitar), Colm Meir (Drums and Programming), James Smyth (Vocals, Guitar and Keys) and Piaras Nolan (Bass and Vocals).
Having formed in 2013, ESCOBAR have released their debut EP 'RISE//FALL' to critical acclaim and subsequent video for their single 'SIRENS'.
Touring extensively to promote the aforementioned and having become known for their ferocious and theatrical live shows, ESCOBAR go from strength to strength on the merit of their anthemic alt rock stylings.

"The new video for 'Sirens' is an explosive effort capturing the dynamism of their live performances" Chordblossom.com

"One of the most impressive new NI bands to have emerged ..alt-rock mayhem"
Sounds of NI

"Promising to leave nothing but mayhem in their wake.. never disappoint or cease to amaze" GiggingNI