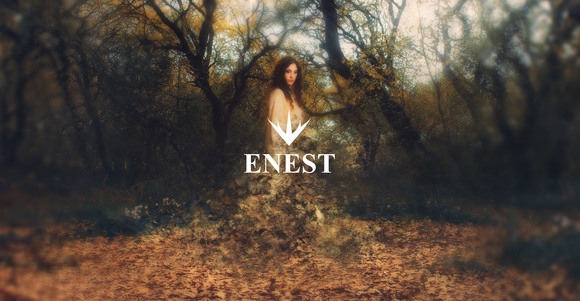 ENEST is an independent musical artist, based in Berlin, originally from Israel.

Writing all the lyrics and music, and all strings arrangement, ENEST co-produced her debut LP "My Silent Past", recorded with some of Israel's best musicians.
The album was released in January 2016 in Israel and in September in Germany, and received great reviews from some of Israel's best bloggers, together with a good radio and press attention in both countries.

ENEST performs live with an Electronic Solo act in which she plays Ableton, Keys Vocals and Flute. In addition she has a trio set with Haggay Fershtman on drums (Asaf Avidan) and Itay Zangi on guitar.

The name ENEST is taken from Orson Scott Card's book "SONGMASTER", that tells the story of an orphan kid, who grows up in a galactic orphanage, where kids grow up and develop musically and spiritually. The most talented grow up to be "song-birds", and are sent out to other planets to be ambassadors of peace and goodness.
ENEST (originally Anset) grows up to be the greatest song-bird ever, who could heal a
person with a glimpse, inspire powerful rulers with his singing, and make world-peace.

"The musical production aims to combine layers of genres and instruments sections, and above all the, vocals: refined, non-pretentious... a profound album, intriguing and painfully clear." White Noise

"A gloriously magical odyssey that fills you with vividly colorful euphoric rushes ... manages to freewheel seductively between jazz, noir, lounge, folk and of course classical disciplines with such aplomb and ease that its beyond bewildering … it ushers in, sprinkling all in its path with love rupturing fairy dust". The Sunday Experience

"This is a performer with a great voice, and presence that you cannot ignore". Raash Magazine