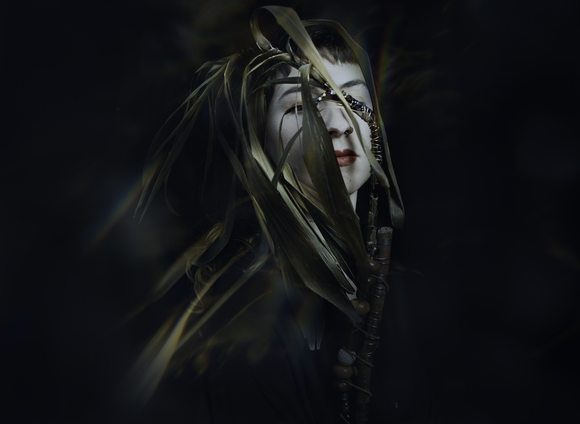 Empty Taxi is a ready-to-travel inside and around sound.

Empty Taxi is a project by French/Northern-Irish producer and vocalist Zoë Mc Pherson now based in Brussels. Originally a percussionist and jazz drummer, she works with field-recording material, keyboards, beats and her own voice.
Since Autumn 2015, Falk Schrauwen now accompanies her on percussions, berimbau and other home-made and traditional instruments.

Empty Taxi reveals influence from electronica, techno, ethnical and folkloric music. The songs embody anthropological researches about different cultures of our world (Inuit, Pygmy, Vodun etc.) which is why the genre is described as ‘Indigenous electronic music’.

Debut cassette/EP Irizajn was self-released in October 2014 on limited tape edition and download. It received encouraging reviews notably on The Quietus: "IRIZAJN could hardly be a better introduction for Empty Taxi. It demonstrates McPherson's deft and already highly intriguing songwriting. Her knack for swooning poppy choruses doesn't stand in the way of that innate feel for atmospherics, instantly yanking us into her compellingly pensive dreamstate throughout. It's a late addition, but Irizajn deserves to be up there with the best tapes – and most instantly lovable debuts – of 2014" - Tristan Bath.

In summer 2015 Empty Taxi participated in inter-disciplinary residency “Reitir” in the North of Iceland and toured a series of concerts.

Empty Taxi is 2016 associated artist of Brussels based multidisciplinary arts center Beursschouwburg where they are developing the live show and the music.

First video clip “Eskimo” directed by Frederique de Montblanc (BE) and choreographed by Bára Sigfúsdóttir (IS) was released on April 6th 2016 on VEVO alongside an Inuït mixtape with Arctic music and field recordings (broadcasted on
NTS Radio) and an Inuït video mashup.
A new release is also planned current 2016.