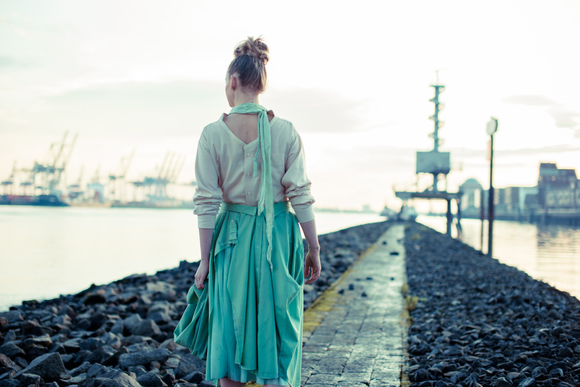 Touring on her own as well as with a trio of female songwriters, she's played shows all over Germany, at Vienna's Music University, and overseas: EMILY performed in New York City several times, inlcuding the renowned club "The Bitter End" in Greenwich Village. Given her nature as songwriter, she's able to offer a broad range of live set ups, from intimate solo shows to full band.

When not on stage herself, you'll find her composing film scores and pulling the strings behind camera. As video director she produces music videos and portraits of other musicans - such as the portrait series "Going Solo" for the NDR Bigband and "Hinter dem Klang": a series documenting the life of classical musicians fromt the NDR Elbphilharmonie Orchestra - residence orchestra of Hamburg's new cultural beacon. For eurovision.de, the official German website of the Eurovision Song Contest, she presented the live music show "Songcheck", performing live jam-sessions with guests of the show.

EMILY’S ESCAPE is known for her touching and innovative songwriting in which she always distilles her own, unmistakable, and personal note.