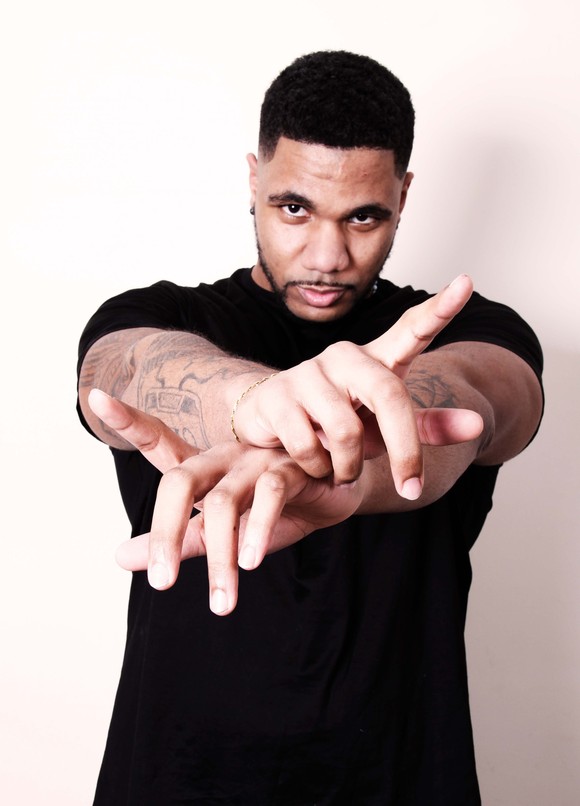 This dope rapper is based in Peterborough, Born in Portugal,and is here to show everyone his unique talent!

You will be amazed at his delivery, Elson Barbosa stands out by touching real life subjects to engage with listeners with his amazing flow and rhyme-scheme!

A live show with Elson Barbosa will definitely get the crowd going! Much like Elson himself, there is a deeper energy under the surface as well as the typical fiery hype that so often comes from young talent trying to make a name for itself; Elson Barbosa is one to watch, a slow burn, a growing fire that you know is going to be burning for some time to come. The music doesn't only make you want to fist-pump, but the songs will stay in your head for days and they will keep you coming back.

Drama and struggle were surrounding his life from early years, from
when his father and mother separated. Elsons Mother raised him
by herself, Elson always turned to music to escape from negativity
From a young age Elson watched his auntie as she became a
successful singer In Portugal, she toured all over Europe and Africa,
Elson looked up to her, and she was a huge inspiration to Elson. At
this point, Elson idolized Artists such and Michael Jackson, Usher,
Timbaland, 50 Cent, Dr Dre and Boyz To Men.

In 2002, Elson moved to the UK with his mother and 3 year old
brother. His mother was seeking a better future for both Elson and
younger brother; they lived in London for a few months before
moving to Peterborough.

'When we first moved to the UK my English was really poor, we
faced all types of difficult times, I had to get out there and break
the nerves, even in school I was limited with what friends I could
have because of the lack of communication, I was forced to
overcome it and build up my confidence...'

In 2003 Elson gained an interest in mc'ing, that lead him to start
experimenting with rhyme and flow, so he began writing lyrics to
rap music. During school years Elson spent a lot of time in the Music
department with friends, they would play drums, piano, rap and
sing.

'Whilst growing up I felt that there was a gap in the UK Music
Industry for me, I felt like my creativity needed to be heard, I was
developing my sound, based on the influences I had...'

'I've always liked to help people, I have always been told that I got
a good ear, friends would often ask me for advice, whether it was
production or rapping, I was always there to help...'

In 2008 Elson begun his Media Production course at the
Peterborough Regional College, Music Production was a big
element in the course, Elson was constantly in the studio, even on
his days off, to improve his skills and knowledge, he learnt to set up
recording studios as he worked with other students and engineers.

'Towards the end of my college course, I was feeling more
passionate about my work and feeling confident that I could
introduce a new flavor to the game, I knew it was the right career
path for me...'

In 2011 Elson took his music to a new level, as he matured his skills
and experience, which allowed him to take new steps within music
and media career, he started building bridges within the industry
and make connections with people who gave him guidance. At
this point, Elson found a new partner who became very
encouraged to empower his music career.

Elsons creativity brings a unique sound to the Music Industry.
In 2012 Elsons music continued to progress and being heard, even
overseas. Elson began to get a bigger audience, with the support
of social networks, which lead to other music contacts to reach
him. Elson is very family orientated and a dedicated father to two
beautiful daughters; his main inspiration to become successful,
and give his family stability and be a positive role model.

The music industry is changing fast and Elson is taking a innovative
approach to his music production, Elson will continue to break new
ground as he continues to create new music. Music that is fresh
and unique.