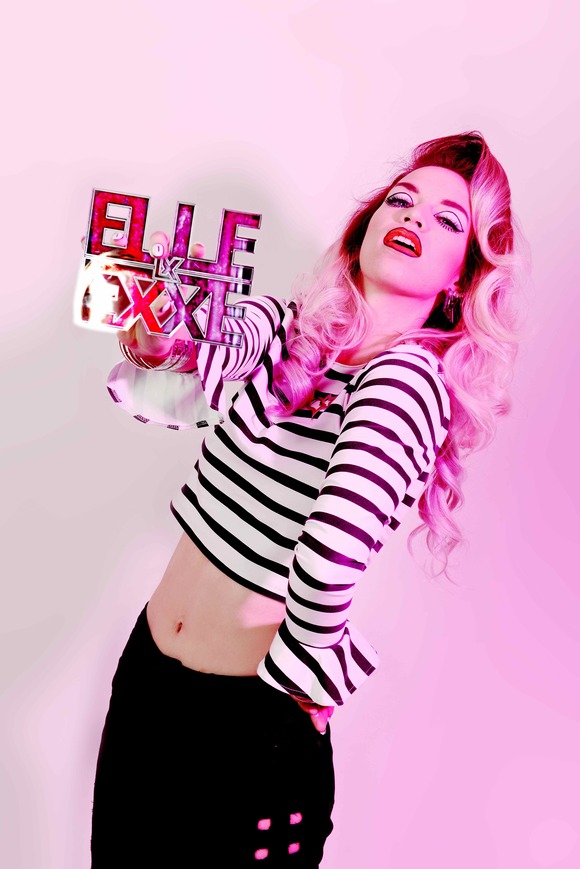 She burst onto the scene with a riotous explosion of her fearsomely unique attitude which she describes as “Dirty Pop” and has received rave reviews from the likes of Q Magazine, Classic Pop, PopJustice, and GayTimes.  She's been championed by BBC Introducing and Kiss FM,  as well as flown high in Music Week Charts and Amazing Radio charts. All of her singles have received multiple syncs across British national television programming and ‘Lost in L.A.’ landed a major international sync on Google Play’s ‘Mobile Listening’ 2016 campaign.

Having showcased and sold out venues in three contents (listed below), The Unsigned Music Award winner (Best Female Solo Act), 2017 saw her touring the release of her debut album, storming festivals with her charismatic and infectious brand of pop at Eurosonic, Isle Of White Festival (U.K.) followed by playing her first Stadium show at Untold Festival (Romania), Sziget Festival (Hungary), Carnival 56 (U.K) and V Festival (U.K). Towards the end of 2017 Elle collaborated with MAC Cosmetics UK to premier the music video for her new single ‘Catapult’ at their european flagship store.