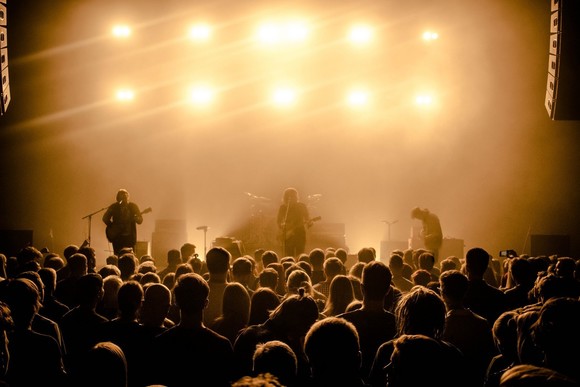 Elephants From Neptune delivers a heady and unique mixture of grooved out riff-rock and anti-ceremony pop tunes that have been received extremely well by the Baltic audiences.

Walls of guitars, groovy bass lines and inventive drumming has made the band a not-to-miss live act.
Since the release of their self-titled debut album in 2012 the band has been performing at the most prominent venues and festivals in Baltics and elsewhere in Europe.

In 2013 Elephants From Neptune were awarded with Skype’s „Go Change The World“ award at the Tallinn Music Week showcase festival. Their spectacular live performances and overall presence have earned them spots at some of the biggest music showcases in Europe, including Eurosonic festival and Lost In Music festival. The bands second album came out inr 2014 and gathered immediately superb feedback. It was nr.1 on the worlds biggest streaming service Deezer in all three Baltic countries as well as reaching the top positions of Estonian music charts. The album won the Best Rock Album award at the 2015 Estonian Music Awards.

Elephants From Neptune released their 3rd LP, titled “Oh No” on September 29, 2016. Immediately after the release, the British magazine NME dubbed the band as as the “definition of a hidden gem”. The band won the Best Rock Album and Best Band award at the 2017 Estonian Music Awards.