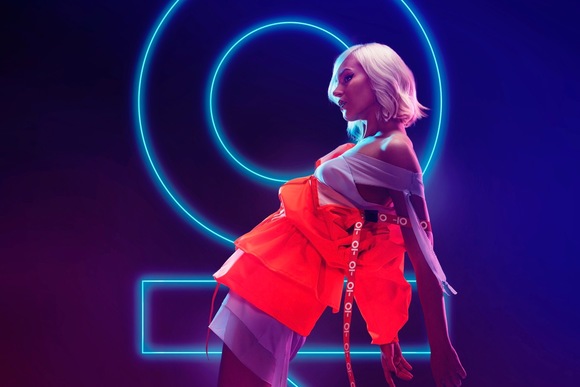 SINGING IN A HOOP / Who wants to live forever - Eleonor Léone

Eleonor Léone is a pop artist from Sweden.

She's a woman who makes sure she get what she want. She builded up her image and platform all by herself. How? Well she ́s not that kind of person who sits down and wait for things to happen.
Together with the producer/songwriter Kenny 'KNY' Lundstrom she writes and produces dreamy electro pop-music.
After performing at the showcase festival “Live at Heart” in Newfoundland, Canada she has been performing on several places around the world. The biggest music TV-program in India, Singapore, Barcelona and Tokyo to mention a few of them.
She has made several interviews with music magazines and one of them is the one and only Rolling Stone Magazine India - where she also got her name on the cover, next to Lady GaGa.
Eleonor ́s music is made for international platforms, dark nightclubs and the biggest venues.