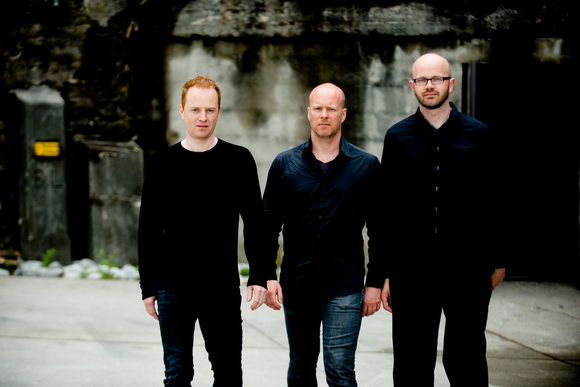 Eivind Austad Trio is a modern jazz piano trio which mostly plays their own material.

Their music includes a mixture of influences and is vivid, energetic, expressive, dynamic and lyrical at the same time. One can find musical influences from pianists like Bill Evans, Keith Jarrett, Brad Mehldau and Esbjörn Svensson as well as gospel music and european classical music.

The trio released their first album imarch 2016 on the german label Ozella and received great reviews in and out of Norway. In 2014 they played at Jazz Norway in a Nutshell in Bergen in may at Lysøen Castle and recieved excellent reviews from music critics, journalists and management people from all over the world. In september they played for a full house at Bergen Jazzforum, a concert which was fully documented on audio and video. Other concerts they have done includes Sildajazz (Haugesund international jazz festival) 2015, Nattjazz and Bergen international Chamber Music Festival.

"...a quite decisive unit which moved with taste and clarity along the more interesting corners of trioism..." (Henning Bolte - author/allaboutjazz.com)

"his trio is now ready for an international career as well. And you could say better late than never..." (Mathias Kirsch - author/ginalovesjazz.com)

"After this album the good burghers of Bergen are going to have to share this band with the rest of Europe - it really does deserve to be heard on the European festival circuit ... tracks like "Homeland", "Moving" and "All of you" have the poise, elegance and originality of the very best piano trios in jazz today" (Stuart Nicholson - author/Jazzwise)

Eivind Austad Trio has a unique sound which combines the expressive lyricism of the european music with the power and swing from the african american music tradition...