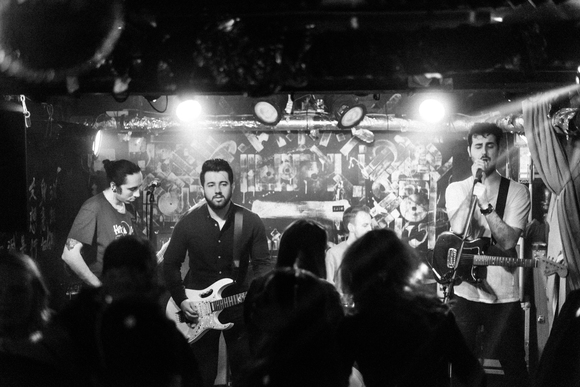 Fresh off the release of their recent single 'Phazer' in 2017, EDITSELECT are back, ready to bring their particular brand of indie-inflected rock n roll to music fans across the world.

Building on their reputation acquired from extensive touring across the UK and Europe, EDITSELECT have long since shown they are worth mentioning alongside notable acts they’ve supported - Catfish & The Bottlemen and played in association with Bombay Bicycle Club and The Maccabees, to name but a few.

Having released their debut EP Lungs in November 2013, EDITSELECT have never looked back. Extensive airplay on XFM, BBC Radio 2, BBC London and BBC Kent and praise from influential DJS John Kennedy and Dermot O’Leary saw the rockers profile raised by shows at prestigious venues like Scala, Brooklyn Bowl and Barfly.

They are currently working on brand new material for release in 2018.