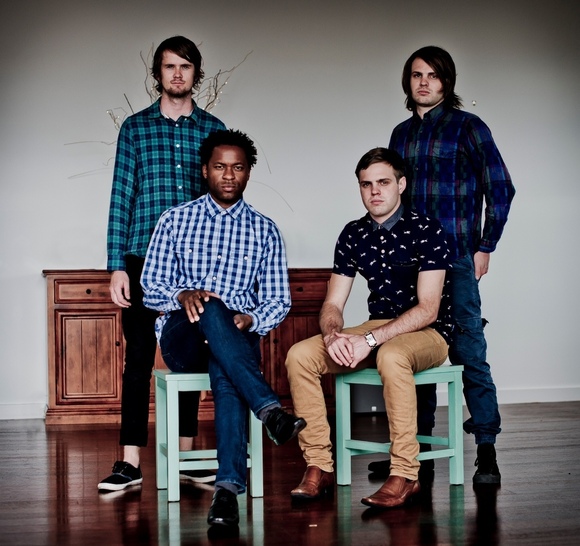 Edens March is an alternative rock band from Sydney, Australia formed late in 2009.

EM’s sound can best be described as a vast, upbeat indie-pop-rock mix fused with distinct vocals and thoughtful lyrics, often compared to the likes of Bloc Party, The Killers, Coldplay, Snow Patrol and Foals whilst still maintaining their very own sonic identity.

Edens March or EM (as they're referred to by their fans) is an alternative rock band from Sydney, Australia formed late in 2009. EM’s sound can best be described as a vast, upbeat indie-pop-rock mix fused with distinct vocals and thoughtful lyrics, often compared to the likes of Bloc Party, The Killers, Coldplay, Snow Patrol and Foals whilst still maintaining their very own sonic identity.

The band is fronted by David Chieza who grew up on a sugarcane plantation in the south-eastern dry savannah belt of Zimbabwe. David was passionate for field hockey player representing Zimbabwe at all national levels before migrating to Australia just after the Sydney 2000 Olympics. It was whilst studying audio engineering in Sydney that he met twin brothers Nathan & Trent Miller (guitar & drums for EM). David recalls “meeting Nath & Trent was probably the best thing that ever happened to me musically, we all share the same passion for music and song writing and so the journey started right there on the 2nd floor of the college studios during a demo session at 2am”. Trent & Nath both played in the same bands since highschool on the New South Wales Central Coast and have established themselves as mature musicians on the Sydney scene.

EM successfully released a self-titled/produced EP, Edens March (2009), followed closely by a video for their first single Fade You Out. EM also went on to win several local band comps, one of which provided for the recording of their sophomore EP “Underneath The Sheepskin” successfully released to a sell out audience in March 2012 at Sydney’s, Oxford Art Factory. The EP represented a maturity in the band’s sound with the first track from the EP “HOME” and the lead single “STAY” featuring on popular radio shows such as Homebrew Radio. Shortly after the EP’s release the band met with Dom Conway who had been playing bass with another Sydney outfit and was looking for a new band and coincidently EM had an opening on bass. Born in England, Dom’s both the latest and youngest member of EM. His addition on bass in 2012 marked the completion of the line up with Trent on drums, Nath on guitar and David on lead vocals, keys and acoustic guitar.

The band is continuously pushing forward musically both in their composition and performance, regularly playing at Sydney venues like, The Vanguard, Oxford Afrt Factory, The Standard, Metro Theatre, The Cambridge Hotel (Newcastle), and The Factory Arts Theatre.

2013 has been an exciting year so far which kicked off with Myer Department Store picking up EM's track Jupiter (EP-Underneath the Sheepskin) for their Spring/Summer Collection advertising campaign, check out the preview: http://youtu.be/owlAynVnaFA

The band is currently in and out of the studio working on new releases due very shortly, keep an eye and ear out on this space for announcements on the next shows and more.