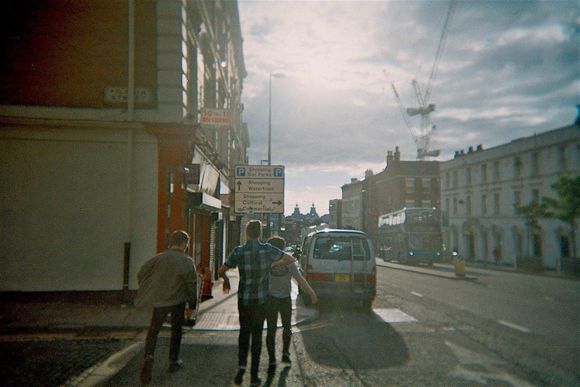 Echo Beach started as a project between us two long-term friends (Connor and Adam) experimenting with exciting ideas each of us had.

The sounds generated from our Wirral bedrooms were so interesting, we decided to take our initial project to new heights, with the aim of forming a live act and recording an EP.

Our first shows took place at Maguire's Pizza Bar, a well established DIY venue. It wasn't long before people started to take notice of our distinctive sound and in February, Hail Hail Records offered us a demo EP deal after hearing our live show. The EP titled 'Greetings from Echo Beach' was then released in June 2016, selling out before it's initial release. This spurred us into hosting an EP release show at Liverpool's Bumper, which then also sold out.

The following months have seen Echo Beach reaching new heights - being granted support slots for upcoming bands such as London's INHEAVEN and Manchester's Pale Waves on their UK tour. We have since been approached by professional studio SugarHouse with the aim of recording a debut single due for release in 2017, followed by more support slots an festival appearances.