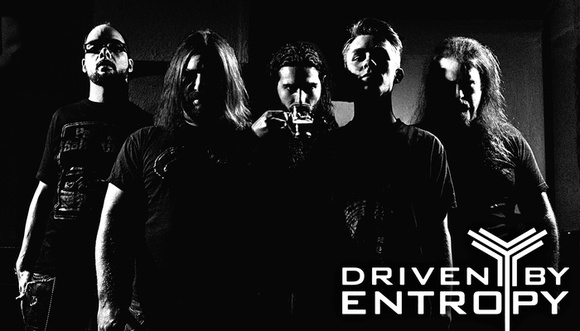 The purpose was to bring the convex lens in position and create a complex but calculated chaos.

Building a statue of polymetric shapes, unsettling riffs and shattering vocals there is still a piece of straight, heavy and raw music in the songs.

All this combined and merged into the self titled debut album DRIVEN BY ENTROPY is the alternative to the conformity in your music collection.