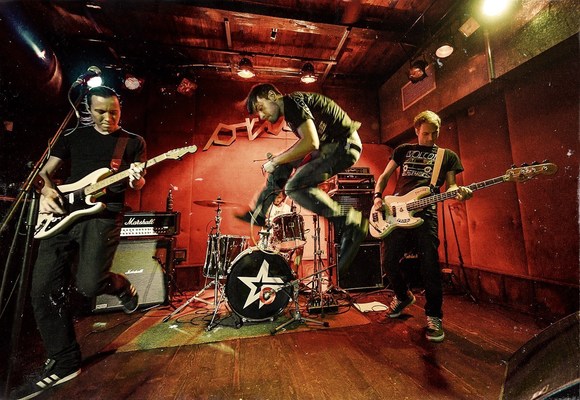 Inspired young people with big dreams and lots of love Winners of MTV Adria's 2013 Video Play award Played the main stage of Punk Rock Holiday in 2015 We're polite, professional and fun to be around :) check out our music and become part of the Dreamwalk story - as a hero or a chance passer by.

A pack of unruly kids at the turn of the millennium, Dreamwalk helped carry the wave of skatepunk and later on post-hardcore on the musical scene of the Adriatic. With their curious pop-flavored approach to both genres, the young band emerged as a powerful magnet for raving fans as well as flaming detractors. Their debut album Far Away From LA and the follow-up underground success Three Days Later paint a journey across the alternative currents, and the band now weaves a variety of these into a distinctive, colorful and emotionally supercharged songwriting style. Backed by US label Brain Fuse Records, the nerd rock squad is making a victorious comeback to the stages of planet Earth with a brand new EP, fresh on the wings of a regional MTV Video Play award for their first single Next Big Thing. Somewhere in between, the cats grew up just a little bit. Or maybe not ^_^