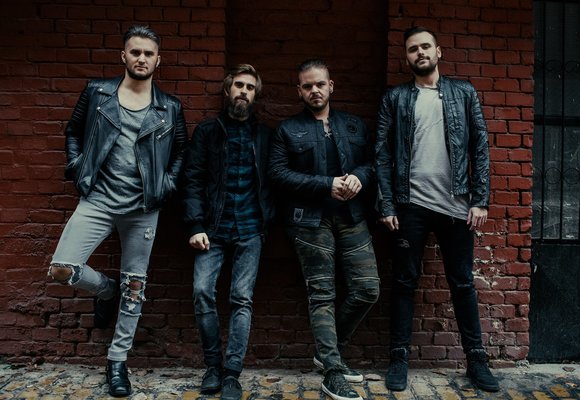 Down for Whatever (DFW) is a modern metal / metalcore band founded in 2015 in Budapest.


The band’s music is primarily influenced by the Nu-metal, post hardcore and metalcore styles.
The earlier hits heavily resemble the melodic hardcore bands but later hits are influenced by more styles and even some traits specific to electronic music could be found in them. In general the music of Down for Whatever has massive breakdowns, singalongs and catchy riffs. The lyrics have dark, personal themes as well as social criticism. To empower all this the band occasionally uses female vocals and screams.

The band’s first album, White Light released in May 2017. It was created by Róbert Császár (guitar), Dávid Zsoldos (drums) and Kiki Diószegi (vocals), after writing and recording the album Zsombor Czink (bass) joined the band as well.
DFW has played along such international bands as "Eskimo Callboy", "We came as romans" and "Ignite".

In the Fall of 2018 Down for Whatever will be performing along AWS, the band that has represented Hungary in the Eurovision Contest, throughout a country-wide tour of Hungary.