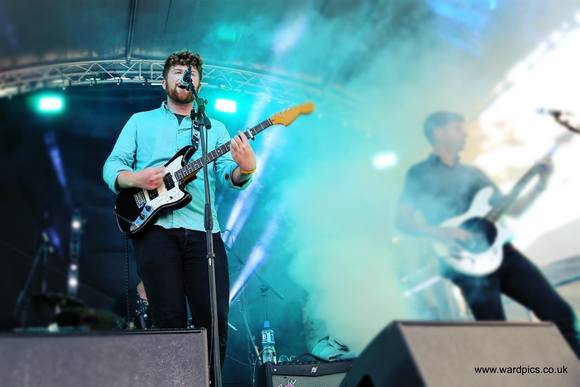 Bio Hailing from the seaside town of Hastings, Dorey The Wise embody the unstoppable DIY ethic of the UK music scene.

Under their own considerable steam they’ve released a brace of cracking EPs, had airplay from BBC Introducing, Amazing Radio, 6 Music and Radio 2, and built a loyal and growing fanbase hooked on their indie exuberance, dark lyrical spin and dry humour.

2015 saw them release two singles, both of which gained them radio plays on new music barometers BBC Introducing, Amazing Radio and many other stations and networks in Europe and USA. The band also made the finals of the UK-wide Rock The House unsigned band competition and the Larmer Tree Breakthrough Music Awards.

The band have been working with producer Kevin Vanbergen and will be releasing new material in 2016. Their first track BREAKDOWN has had support from BBC Introducing and BBC's Mark Forrest show with their first single, Brother of Mine due for release in May 2016. Please find a preview of this track by clicking on the first YouTube link on this page.

"I absolutely love it, one of those tracks that seems to have a certain Britishness to it, a track that’s impressed a lot of us in the Amazing Radio office, one of those songs that has a certain amount of poignancy and urgency at the same time." – Charlie Ashcroft, Amazing Radio (Brave New Light)

"To call an unsigned band the future kings of indie may be a somewhat far-fetched idea but, where Dorey The Wise are concerned, there couldn’t be a more fitting claim. Taking the typical components of indie rock and splashing them with post-punk, Dorey The Wise – a four-piece from Hastings, East Sussex -are an extremely innovative outfit, bursting with passion and boasting sheer, raw talent.” Gigslutz

"This is a band on the brink of something big.” Soundofsummer (Larmer Tree Breakthrough Awards)