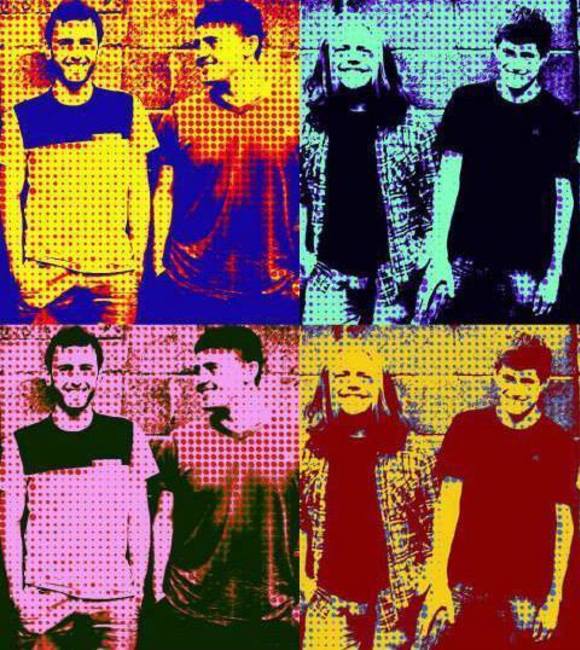 Dopplers main goal is to try and write simple melodic songs that reflect upon personal experience through honest lyrics.

For the most part their sound is very relaxed and soulful.

After an initial spate of writing and recording songs in the kitchen with some success including 6000 downloads in Estonia ( just Estonia for some reason), 2000+ followers on Soundcloud, featuring in American independent films and airplay on several national and international radio stations they took different paths and decided only recently to reconvene.

The band members are a close knit bunch of friends who have played music professionally and recreationally with each other throughout their lives. They tend to focus on exactly how they’re feeling at that particular time or draw on each others broader personal experiences and reflect that mood through their music and lyrics. Being lucky enough to be surrounded by plenty of talented and dedicated musicians and friends that have urged them to continue to write music.

While hibernating over the Winter the Doppler have been working on new material as well as an self titled EP which is due for release in August. The 5 track EP has been a huge learning curve for the outfit and one that has been challenging but ultimately has improved their sound and musicianship.

The band members are a close knit bunch of friends who have played music professionally and recreationally with each other throughout their lives. “ We tend to focus on exactly how we’re feeling at the that particular time or draw on each others broader personal experiences and reflect that mood through our music and our lyrics” says Jamie. He adds“I’m lucky enough to be surrounded by plenty of talented and dedicated musicians and friends that have urged me to continue to write music and believe in myself and our music.”

The range of Dopplers influences is melodic with a myriad of various genres. They don’t want to limit themselves to one particular style of music. “ All too often musical projects get bogged down with trying to stick with one genre. We just want to express ourselves freely and not worry about anything else.”,explains Rob. If their sound had to be described by comparing them to their influences one would say that it would be a blend of John Frusciante, Julian Casablancas, Jonathan Richmann, Weezer and Queens of the Stone Age.

Individually all members have enjoyed relative success in their own musical fields by performing nationwide for over a decade, both in cover bands and original outfits. Since forming less than two months ago they have enjoyed their working on home recordings in Maynooth where they live and work. Their first gig was headlining a show in O’ Keefes (Clonmel) enjoying support from Cronin and former Oasis guitarist Boneheads musical project Parlour Flames. Since then they have enjoyed success playing the Dublin circuit performing regularly in venues such as Whelans, Twisted Pepper, The Grand Social etc

“I’ve been been writing music for years and its only now when I’ve seen my friends being so productive that I thought I’d start recording myself. I enjoy writing lyrics and recording. Our material is honest and and I find it exciting to express myself though music, especially something that I am fully proud of. “-Jamie