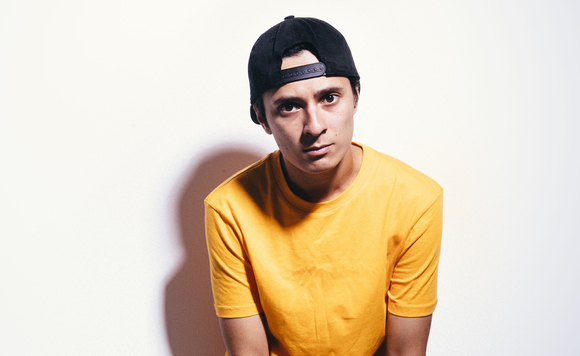 Aged 24, he proudly identifies as a Filipino and Aboriginal musician, whose family is from Brewarrina on Ngemba land, and is a member of the Murrawarri Republic in Weilmoringle, NSW. He is also a skilled composer, and is the 2017 recipient for the bi-annual Peter Sculthorpe Fellowship.

DOBBY’s musical training began at age 7. He studied classical piano and achieved AMEB grade 6 and grade 2 musicianship. At age 14, he learned jazz drumkit, and in 2012 performed as part of the Wollongong Conservatorium of Music in California and Nevada, USA. DOBBY has completed a Bachelor of Music at the University of NSW, and an Indigenous Studies Honours (focusing on Aboriginal Hip Hop music) in 2015.

He has performed as a rapper and drummer for a variety of events such as BIGSOUND 2017/18, The Plot Festival, Yabun Festival, UNSW corporate and academic functions, Koori Radio events and at numerous NAIDOC celebrations across Australia. He recently spoke on a panel as part of VIVID Sydney’s VIVID Ideas Exchange.

DOBBY is also a rapper and drummer for Sydney band Jackie Brown Jr in various events and festivals such as Wollombi Music Festival, Rabbits Eat Lettuce and Psyfari Festival.

He currently facilitates Hip Hop and drum workshops in community centres and schools throughout Sydney and rural NSW. DOBBY co-hosts the Hip Hop show “Sunsets with DOBBY and DIOLA” on FBi Radio. He is also currently an academic tutor in Indigenous Studies at UNSW.

DOBBY released his self-titled ‘DOBBY’ EP in September 2018, which he wrote and produced. The DOBBY E.P tour kicked off with a loud bang, making rapid waves in the Australian music scene. With incredible shows at BIGSOUND, Sydney Opera House and Surry Hills Festival DOBBY left people screaming for more (literally). He has upcoming shows at the OzAsia Festival in Adelaide, Australian Music Week and No Place Like Home - an event run by international artist Dayne Jordan. DOBBY is a multi instrumentalist, his live shows consist of him jumping between the drums and mic, while also incorporating piano and live drum pads, and is accompanied by incredible turntablist DIOLA.

Tracks off the EP have been added to a number of Spotify playlists including Deadly Beats and Black Australia.

The EP was listed as 1 of 6 "incredible Australian artists you need to hear this week" on Tonedeaf, being described as a “sonic showcase of rhythm”.

Listed as the "BIGSOUND buzz act" DOBBY's live show has been described as "mind blowing", "dynamic" and "powerful".

QUOTES
“His super smooth (and damn quick) flow simultaneously harkens back to Aussie hip hop or year's gone by, while still feeling fresh to 2018” - Pilerats