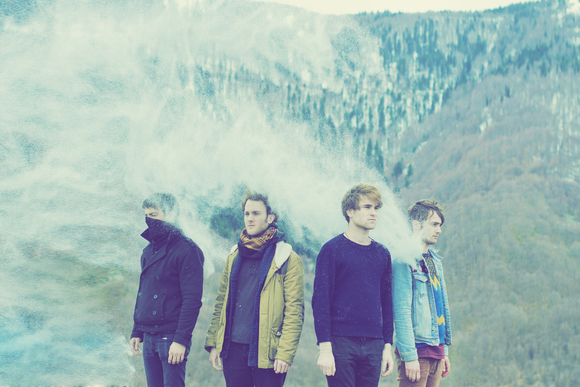 Meanders of brash sounds flying into shards, a nebula of haemoglobin ringing the knell.

When with the same breath the interlaced becomes an unconscious sect. Far from all reality, as we dictated, far from the existence of codes.

The band Divine Paiste, as we know it nowadays was founded around 2008, including four childhood friends. Because of their anglo-saxon influences, they chose since the beginning to write in english, developing an indie rock music, close to the british one.
They defend an original and poetic identity, keeping some mysteries around them. Even if we can hear an english influence in their music, the band claims its own inspiration : "Being locked together, wide open spaces, calm and violence gave birth to this artistic autism". Lost between dream and reality, Divine Paiste exceeds music borders to give the audience something to hear as well as something to see.
Indeed, they realized a concept-album including a 43 minutes long film : "The story told with this album allows two levels of meanings. Some will just read the lyrics as a fantastic and abstract thing ; some others could find some connections with real life and understand ideas, questionings and reasoning we wanted to talk about along this album."