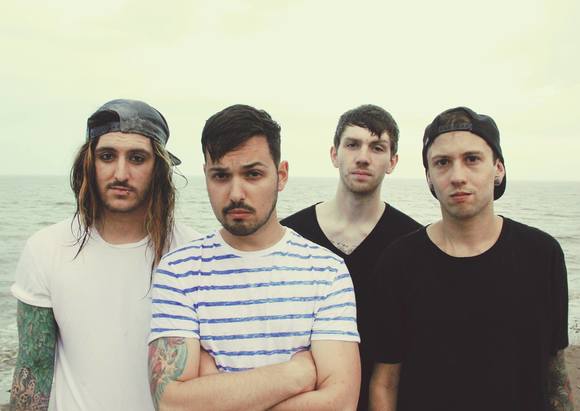 Diamond Days are an up and coming four-piece band from Northwest England.

With everybody meeting online, they came together to combine their influences, creating their own unique sound often described as a fusion of Panic! At The Disco, You Me At Six, and Fall Out Boy.
Shortly after their first few rehearsals they entered the studio to record their debut single 'Start It From The End' which instantly took social media by storm, grabbing attention from Twitter and YouTube fans, resulting in over 60,000 views and more than 20,000 followers.
Attracting this vast amount of views in such a short space of time, the band were approached by London based producers to record their debut EP, set for release at the end of summer 2014.
Their EP 'We've Come A Long Way' is a fun, catchy, energetic mini album which will grab the listeners attention from the first beat. The EP also features guest vocals from Harry Radford (vocalist of Yashin) who takes part on the track 'I Rewind'.
Diamond Days have recently shot a video for their explosive party anthem 'Let Go', featured on their upcoming EP, which will be aired on Kerrang! TV and Scuzz.
With gigs under their belt including support slots for the likes of The Blackout, William Control, and Verses, be sure to keep your eyes peeled for this band. There's a lot of exciting things to come from Diamond Days!